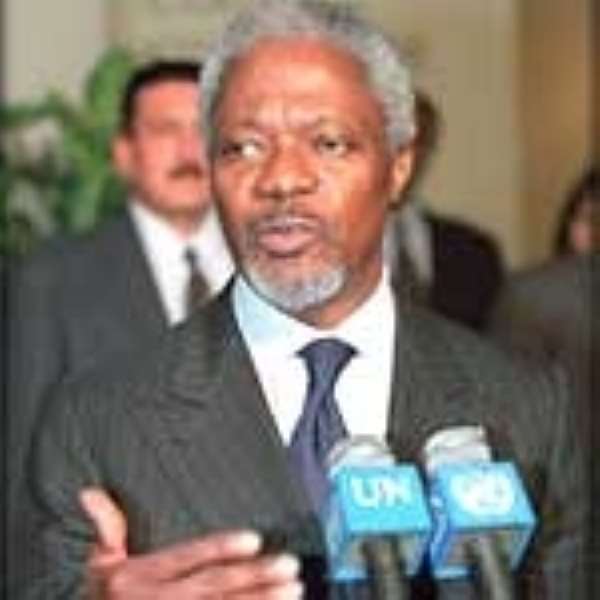 Busummuru Kofi Annan, the immediate past Secretary-General of the United Nations Organization is expected to arrive back home to Ghana today Tuesday January 23 2007 after a successful two five-year terms of service at the world organization.

The Minister of Information and National Orientation, Mr. Kwamena Bartels who announced the arrival of the former UN Boss in a press release issued in Accra last Friday said, "As head of the UN, Mr. Annan's great service to humanity earned him global honours including the Nobel Peace Prize and the local tile of 'Busumuru', that is, selfless servant of the state."

He would be met at the airport by President J.A. Kufuor, Vice President Alhaji Aliu Mahama, Ministers of State, Members of the Diplomatic Corps, leaders of all political parties and traditional leaders.

All Ghanaians, have been invited by President Kufuor to to give Mr. Annan a hero's welcome.