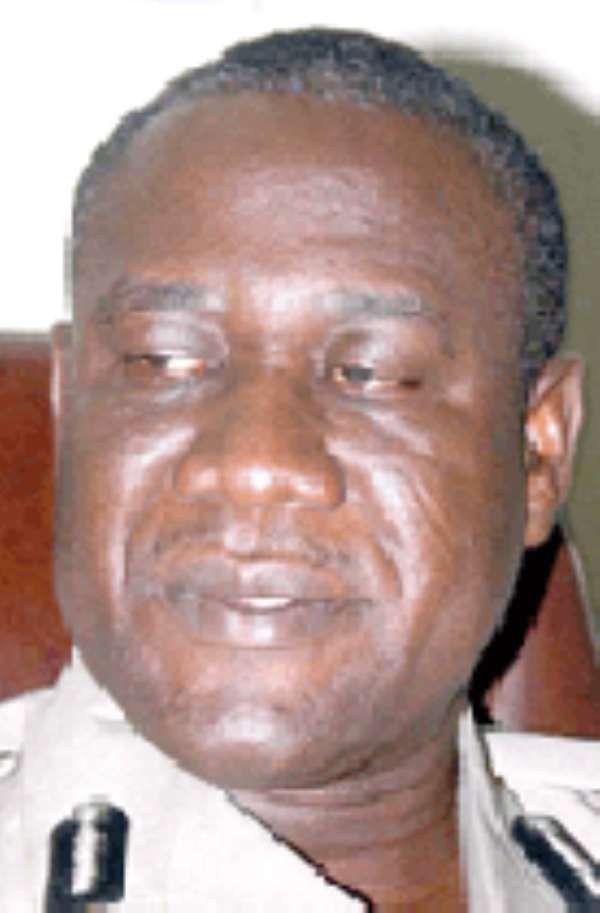 A Private medical officer in Kumasi demonstrated patriotism when he handed over a cocaine dealer who had gone to his clinic for surgery to remove a number of pellets which he had swallowed to the police.

Police investigations revealed that the suspect, Kyei Baffour, 33, swallowed the stuff in Italy and travelled to Holland for “discharge” but could not do it there.

For security reasons, the name of the medical officer has been withheld.

Kyei Baffour, 33, was transferred to the Komfo Anokye Teaching Hospital (KATH) where he had been operated upon and nine pellets removed.

He is currently under a 24-hour police guard at the hospital where he is receiving further treatment.

The Ashanti Regional Police Commander, DCOP Frank Adu-Poku, who briefed newsmen in Kumasi on Friday, expressed appreciation to the doctor for not thinking first about his personal financial gains but the good of the country.

He said the suspect had gone to the medical officer at about 11.00 p.m. on January 13, this year, and sought urgent surgery but the doctor, realising how serious Baffour's condition was as a result of the pellets embedded in his stomach, rather took him to the Asawasi Police Station and lodged a complaint.

He was then taken to KATH where he was operated upon for the nine pellets to be removed. DCOP Adu-Poku said when Baffour's planned release of the pellets failed in Holland, his accomplices flew him to Ghana to seek urgent medical attention to avoid possible death.

According to him, the police had started an all-out investigation into the matter in an attempt to apprehend Baffour's accomplices.

In another case, the Regional Police Commander said the Konongo Police had arrested four young men for two separate robberies in the town.

The suspects, he said, hired the taxi at the Konongo taxi rank and went towards the Low Cost area. On the way, they allegedly pulled out locally-made guns and ordered the driver to stop.

He obliged and they pushed him out and drove the car away. All efforts to trace them did not yield any positive results until January 3, 2007 when the police spotted the car in Kumasi and arrested the driver.

The driver, whose name was not readily available, also led the police to Samuel Boampong who owned the car at the time.

On his arrest, Boampong said he bought the car at ¢25 million and had already made part payment of ¢19 million.

The police then baited Sarfo to come for the rest of the money and they arrested him, after which he also led the police to arrest Bonsu.

He said the two had been arraigned before the Kumasi circuit court which had remanded them in police custody to assist in further investigations.

In the other case, the Regional Commander said Kwabena Major, 20, and Kwasi Boateng, 17, on July 9, 2006 broke into the residence of a Presbyterian catechist in Konongo and stole ¢400,000, a mobile phone and personal effects worth about ¢5 million.

They were arrested during a swoop on the town and identified by the catechist at an identification parade.