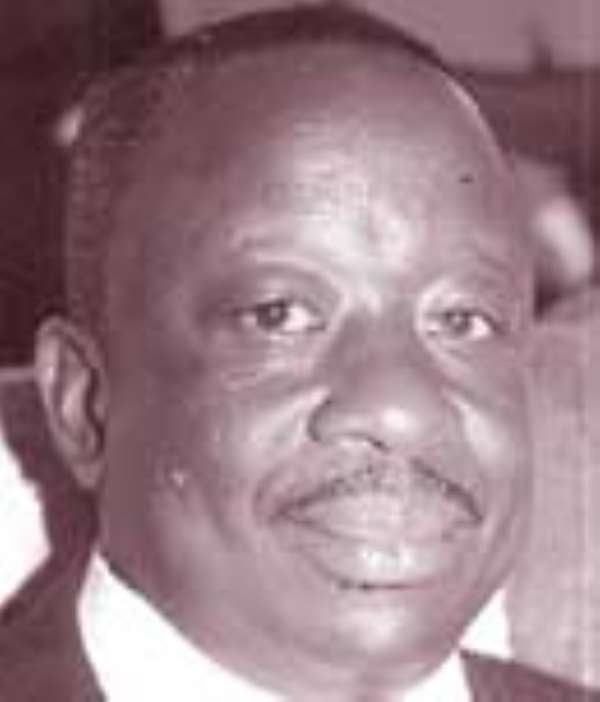 THE INTERIOR Minister, Hon. Albert Kan-Dapaah has bemoaned on the deplorable state of most of the Police cells across the country, describing them as simply not places for human habitation.

Mr. Kan-Dapaah noted that the situation was more deplorable in the rented premises that were being used as Police stations since these buildings, were not originally designed for such purposes.

Speaking at the Inauguration of the Brong Ahafo Regional Police Committee in Sunyani, the Interior Minister stressed that the poor state of the Police cells has serious implications for the image of the Police service in particular and the country in general.

According to Mr. Kan-Dapaah the people of Ghana, rightfully, expect the Police to satisfy their demand for order, safety and well being by curbing all forms of crimes and locking away all forms of criminals but they do not expect to be locked away the human rights of these criminals in the process.

That must include ensuring that there are modern facilities such as water closet toilets, showers and separate cells for females, males and juveniles, which according to the Minister, in most cases, would call for the redevelopment of the Police charge offices, an exercise which is worthwhile.

Mr. Kan-Dapaah said beyond the Police cells, there was also the need to redesign the Police charge offices to make them more public friendly, specifically there is the demand for complaint centre, similar to the customer service centres that are maintained in many customer focused institutions.

He said such complaint centres must be separated from the cells and furnished in such a way that people would find going to Police stations more comforting and welcoming.

The Interior Minister asserted that the Police Council was aware of the financial implications of this redevelopment policy, and was of the view that the private sector in the respective Regions could be of immense assistance.

He disclosed government's commitment to help best address challenges of the Police Service, saying, “three weeks ago, under Government of Ghana-Export and Import bank of India agreement, the Police Service was provided with thirty-three Tata vehicles after the have been commissioned by the Vice President”.

Mr. Kan-Dapaah also revealed that Parliament had approved a loan of ten million dollars for the acquisition of vehicles, spare parts and protective equipment, and hoped that about 269 vehicles would be added to the Service' fleet this year, to increase the mobility situation of the Service by 28%.

However, he urged District Assemblies to look at the maintenance of law and order, by supporting the activities of the Ghana Police Service, particularly in the areas of accommodation and transportation.

According to Mr. Kan-Dapaah, the presence of the Police at the Districts and in the Regions helps in promoting peace and stability and the socio-economic development of the areas.

He explained that Police presence permits all well-meaning citizens and the public to go about their legitimate socio-economic activities without fear, hindrance and intimidation.

He described the year 2006 as a very eventful one for the Police Service, during which the Service came under a barrage of accusations, attacks and vilifications from all sections of the public and on a wide range of issues.

Mr. Kan-Dapaah cited the cocaine saga and the unlawful shootings as painful incidents, which overshadowed all the good work undertaken by the Police during the year.

However, he stated that at the recent Police Command conference and end of year party at the Police headquarters, he was encouraged to observe that the Police have been able to put those disappointments behind, and was equipping itself to face the challenges of armed robbery, narcotics, human trafficking and the related criminal activities that confront the nation today.

The Interior Minister noted that the setting up of the Police Committees was the best way forward, since the deliberations of the Police Council would be enriched by grass root views and concerns, “something which is unprecedented in the history of this country”, he added.