Korle-Bu between myth and legend! 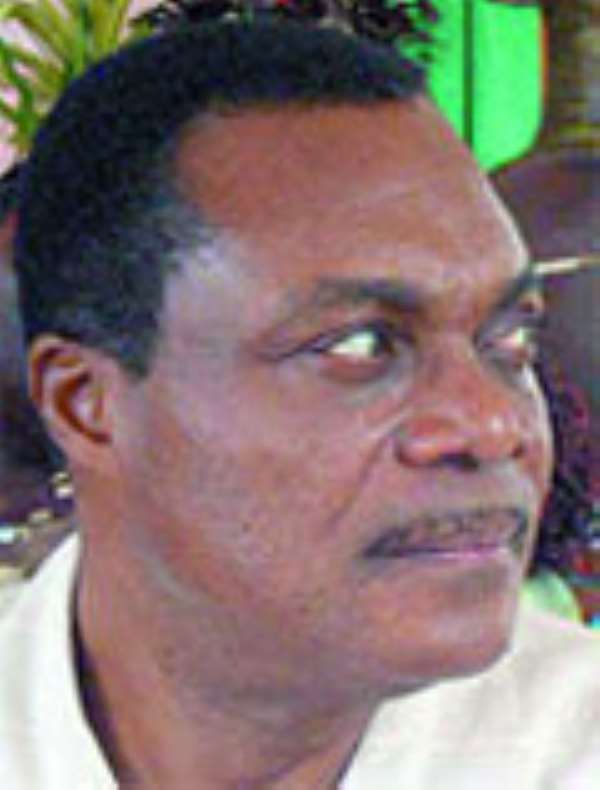 KLENAM IS young, thirty-ish and an upwardly mobile executive of a thriving international bank while his wife Naa is a senior analyst with a reputable corporate financial institution.

Naa's pregnancy was largely uneventful and the young couple enjoyed regular antenatal care in a largely exclusive private hospital culminating in the safe delivery of a beautiful baby girl. Being first child and all, the judgement of the young couple is probably clouded by inevitable bias and Klenam insists that theirs is the most beautiful girl child that ever was born.

In less than a week however, the baby girl develops a condition, sufficiently serious enough to warrant a referral to what is arguably Ghana's premier tertiary hospital the Korle-Bu Teaching Hospital. It is here the nightmare of the couple begins.

In less than three days, they had gone through an experience so harrowing that all previously held notions about the premier hospital, to wit increasing efficiency in quality healthcare delivery, much – touted positive change, commissioning of great buildings etc all came under serious challenge.

The Shock
After having been received by the health workers on duty, Baby Girl was admitted into the Child Health Emergency Room where they were most surprised to see many beds being shared by between two to three children some vomiting (in a bowl held by a father), others having difficulty breathing, the oxygen tube notwithstanding and others still screaming in agony in an apparently ordered chaos. They could hardly believe their ears when I told them that the Emergency Room was in my opinion sufficiently bare as in peak seasons, the single room could take up to three times the number of patients currently there. No doubt, the reduced numbers had been brought about by the yuletide holiday season that had coincided with the ill health of Baby Girl.

Seeing other ill babies in dire need of oxygen and frequently answered by shouts of “the cylinder is empty” “We have to ring the store for a reload” They said the oxygen in the wall tube is also finished”, our upwardly mobile couple used to the ever ready and up to date facilities of their well resourced private hospital shook their heads in disbelief. Was Baby Girl going to survive in this environment?

In no time, Baby Girl had been whisked into the procedure room for an intravenous line and while the bed on which the baby was placed was shared by another baby, the doctor on duty quickly created enough space and set the intravenous line.

They watched, as the medical officer sat hunched over a stool whose height did not make ergonomic sense. In the glaring discomfort, doctor searches for and finds the vein with the help of the normal not-bright - enough fluorescent tube in the room.

They knew that other facilities are awash with bright lights that create clear focus on the back of the baby's hands and make it easier to see the vein.

When the baby was placed under these special bluish lights, it immediately burst out crying and without thinking twice, Klenam lifted the baby. He had to be told that under the bluish lights was just the right place for Baby Girl and so he had to be more supportive of the efforts of the health workers.

In a matter of a few hours, the couple's views about hospitals and doctors were rapidly changing. Not believing the incredible circumstances under which such great work was being done; they were gradually shifting their views of doctors especially younger ones as an unfortunate strike-prone money grabbing lot. As I pointed out to them, our fights irrespective of how they may have been portrayed by some members of the media have not always been about money. While it often has served the purpose of certain administrators and politicians to misrepresent our issues especially those involving so-called junior doctors, we have often drawn attention to worsening conditions under which health care is being delivered daily. Bolstered by a certain reticence on the part of doctors and other health workers to so much as talk about these pertinent issues on working conditions, we have largely succeeded in alienating important members of the public like Klenam and Naa whose support we would otherwise have found most crucial in delivering tangible change.

Meanwhile, those of us who have broached the subject nevertheless have either been labeled as strike-inciting talibans or served gagging letters by Korle -Bu authorities bent on maintaining the façade of calm and progress.

QUALITY PATIENT CARE
While government loudly gives out enhanced salaries while secretly and in contravention of negotiated agreements withdraws allowances, the critical issues of quality of health care delivery and the morbid conditions under which health workers are expected to deliver the said health all lie buried under the haze of propaganda. In national dailies, it is either the loudest proclamation of presidential commissioning of an expensive administration block or dramatically increased internally generated funds. How these funds and buildings have gone into transforming the quality of patients care seems not to have garnered sufficient similar attention.

This of course has built into the oft-repeated debate of how especially in third world countries, a grave anomaly has been identified with respect to the generation, distribution and efficient use of scarce resources and the impact of the same on quality patient care.

In the case of Klenam and Naa above, after the blood sample of Baby Girl had been taken, they thought they were dreaming when the blood – containing bottle was handed over to them to be taken to the Central laboratory themselves. On reaching the 24-hour central lab, they were told that in view of the Christmas holidays, the specific technicians in charge of those particular tests were unavailable. They would resume after three days! For a couple used to the speed and efficiency of private sector work ethics, they were shocked to say the least especially since they had done the exact same test in 30 minutes elsewhere.

Understandably, most of our focus has been on the DMHIS, which covers the larger public health facilities, and by extension, the larger Ghanaian populace. Unfortunate however is the very little attention that has been paid to the role if any to be played by the private medical practitioner in our quest to extend quality healthcare delivery to Ghanaians.

It remains my intention to portray how successive governments while brilliantly eulogizing the private sector as the engine of growth have over the years, consistently adopted policies highly iniquitous to the growth of the same, succeeding largely in casting some of these as foes rather than as friends in the health developmental agenda. In the health sector, these developments have been most troubling as in sidelining the private doctor, we have inadvertently or perhaps not, cut our noses to spite our faces and in the process, dangerously shortchanged the Ghanaian whose quality of health we have often compromised.