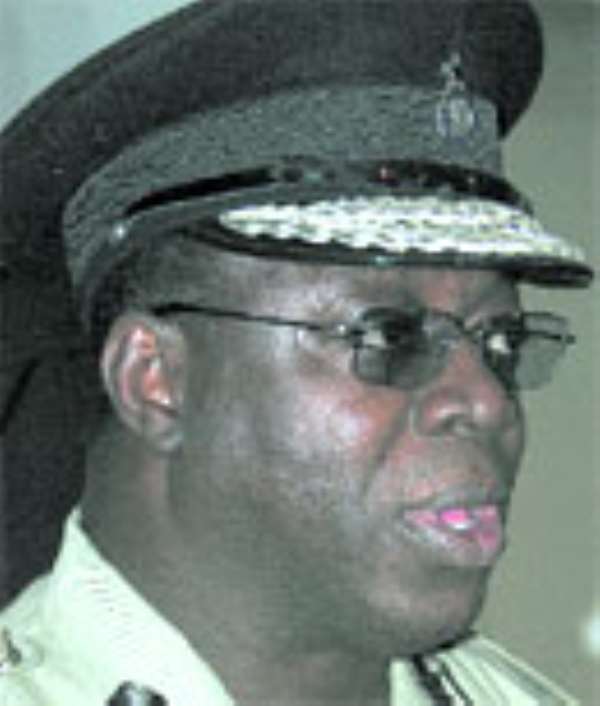 THE UPPER East Deputy Regional Minister, Alhaji Ahmed Awudu Yirimeah has said that it was sometimes unfair, the way and manner the public commented on the shortcomings of the Ghana Police Service (GPS).

He reminded members of the public that the efficiency and effectiveness of the Police depended largely on the commitment of all of us to be law abiding, to eschew violence and to expose law breakers. “We make the work of the Police more difficult if we are selective in pursuing peace and justice”, he noted.

The Minister said this at the annual get-together of the Police personnel in the Region, known in the security parlance as WASSA at Bolgatanga.

The occasion afforded the Police personnel the opportunity to socialise, review their achievements, weakness and institute corrective measure for the way forward as well as boosting the morale of the personnel by awarding hard working personnel.

He urged the Police to be firm but fair and friendly in discharging their duties, observing that sometimes the unfortunate impression was created as though the offence committed was personal to the Police Officer.

He reminded the Police that the nation's jubilee celebration would come with its own challenges for the Police and that it would demand highest level of vigilance and professionalism.

The Minister congratulated the award winners with the expectation that their achievements would result to their promotions.

Making the evaluation of the security situation in the Region, the Regional Police Commander, Deputy Commissioner of Police (DCOP), Ofosu Mensah-Gyeabour, disclosed that the Region recorded 2,922 criminal cases as against 3,046 recorded in 2005 thus representing a reduction of 4.1% against year 2005.

The Region according to him, also recorded 145 motor accidents in the year under review as against 167 in 2005 representing a decline of 14%.

He therefore appealed to the public to tolerate each other's view to curtail the ascendancy of assault cases in the Region and urged motorists and cyclists to abide by the traffic laws to save themselves and other road users.

DCOP Gyeabour advised the Service personnel to be compassionate, courteous, patient and act without fear, favour or prejudice to the rights of others.

“We need to be professional, calm and restrained in the face of violence and apply only that force which is necessary to accomplish our lawful duty”, he said.

He urged them to work diligently with professionalism to sustain the relative peace and public order the people of the Region enjoy, stressing the need to reduce the fears of the public and respond to constructive criticism with a willingness to change so that the profession could continue to be held in high regards.

A 58-year-old Chief Inspector, Anthony Ankomah who was adjudged the overall best regional Police Officer received a double decker refrigerator and a certificate, with Sergeant Vincentia Adjei as the 2nd and Inspector Ruphinus Vire as the 3rd and also the Best Detective of the Region. They received certificates and 21" colour television, and a tabletop refrigerator respectively.