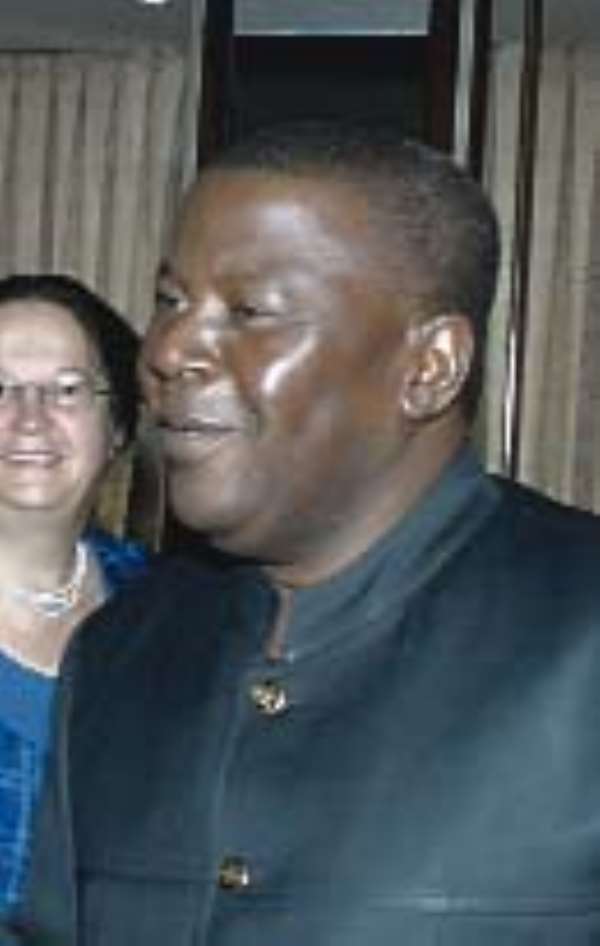 The Vice-President, Alhaji Aliu Mahama, has charged mining companies and other firms in the extractive industry sector to restore the damage they cause to land and other natural resources to reduce tension in the communities in which they operate.

He said tension and destruction were being reported in the news, saying, "We are all witnesses to the hasty liquidation of the Bonte Gold Mines in the Ashanti Region in 2003 and the trail of environmental damage it left behind.”

The Vice-President said this when he delivered the keynote address at a workshop on Extractive Industries Transparency Initiative (EITI), an initiative of a global standard for improving transparency and accountability in the management of oil, gas and minerals in resource-rich countries, in Accra yesterday.

On the theme, "Development through transparency: EITI in Ghana — A success story to be continued", the workshop was organised by the Ghana EITI Steering Committee, with support from the German Technical Co-operation ( GTZ) and the World Bank Group and attended by representatives from Ghana, Sierra Leone, Nigeria, Liberia and Mongolia.

A website for the Ghana EITI (GEITI) was also launched at the workshop to ensure transparency and accountability of the mining industry in Ghana.

Operators in the extractive and civil society groups attended the workshop.

The Vice-President said Ghana, as a signatory to the EITI concept, had to ensure that "things are done right on the part of the investor, operators and the government in a collaborative manner".

He gave the assurance that a legislative framework would soon be put in place to give legal backing to the concept, which would then enable the government to give regular budgetary support to the initiative.

Alhaji Mahama urged the Ghana EITI Steering Committee to extend its activities to include accountability and transparency in the management of forest resources.

"We should all make a collaborative effort to ensure that total transparency in the industry exists from the day a mining right is granted to the last day that environmental restoration is completed," he said.

Alhaji Mahama said incentive packages, including royalty payment of three per cent on production, loss carried forward for five years and capital allowance of 80 per cent in the first year, with the rest spread over the lifetime of the mine, were given to mining firms operating in Ghana.

He said the price of gold had increased steadily in recent times, yet mining companies continued to pay royalties of three per cent to the government, adding, "One would have expected an increase in royalty payments based on the sliding scale of three to six per cent. This is not being done and is of concern to the government."

The Paramount Chief of the Kukuom Traditional Area in the Brong Ahafo Region, Osahene Kwaku Aterkyi, said nobody should be above accountability.

He called for a review of the formula for sharing mineral royalties to traditional authorities and the decentralisation of the processes so that communities would benefit the more.

The Chief Executive Officer of the Ghana Chamber of Mines, Ms Joyce Aryee, said the initiative had confirmed the importance of good governance and transparency to the mining industry, adding that those core values would not be compromised in the company's activities.

She called on the government to increase the portion of mineral royalties ploughed back into host communities from nine per cent to 30 per cent.

The Country Director of the World Bank, Mr Mats Karlsson, said broader regional alignment was needed to enhance the success of EITI in West Africa.

The German Ambassador to Ghana, Mr Peter Linder, said it was important to understand that revenue generation was an instrument not only to reduce dependency on foreign aid but also allow the government to formulate sustained policies of good governance and equity in using that generated incomes for the people they served.