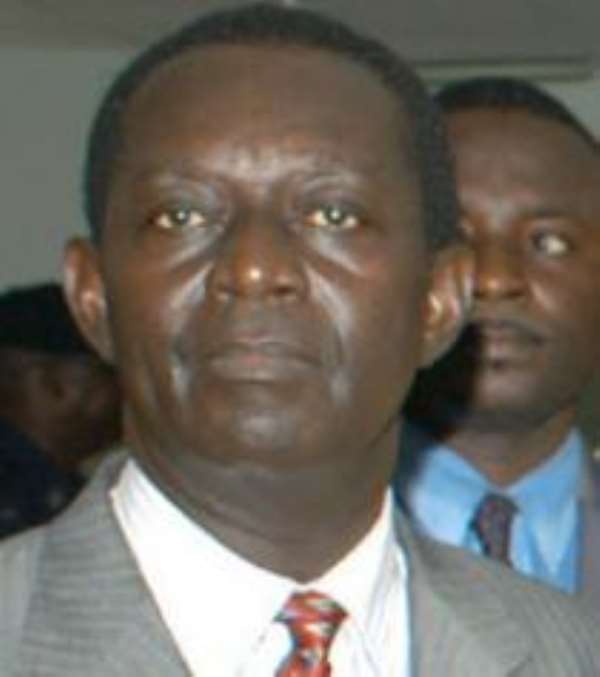 A forensic audit on the controversial supply of helicopters to the Ghana Armed Forces by Messrs Wellfind Ltd of the United Kingdom has cleared Dr. Kwame Addo-Kufuor, the Minister of Defence of any malfeasance. The 9th January 2007 report signed by Kwadwo Akowuah, Deputy Auditor General for the Auditor General, stated that evidence gathered during the audit showed that the procedure adopted in the selection of Messrs Wellfind was transparent and competitive “and conformed with practices in the aviation industry.”
The forensic audit was specifically conducted into the utilization of an amount of US$19,695,600 out of an approved loan of US$55 million for the Ghana Armed Forces. The auditors found out that Wellfind Ltd was the bona fide and accredited agent of Kazan Helicopters and that “the allocation of US$19.6 million was utilized for the purchase of four transport helicopters and spare parts valued at US$14.6 million and training of Air Force personnel at the cost of US$5.0 million as required by the provisions of the agreement.

We therefore affirm that the allocation of US$19.6 million was utilized for the exact purposes it was meant for.” The Ministry of Defence, the audit established, could repay only US$21.2 million out of the total loan of US$55 million it contracted at the end of the loan repayment period on January 28, 2006. The auditors have recommended that the Ministry of Finance and Economic Planning enforce the terms of the loan agreement by ensuring that all revenue accruing from the peacekeeping of the Armed Forces were regularly paid into the escrow account.

They pointed out that a review of the acceptance board report dated 18 May 2005, coupled with a physical inspection, confirmed that “the Air Force on 16 December 2004, received into service, four Mi-17 V5 transport helicopters supplied by Kazan Helicopters on behalf of Wellfind Ltd in good working conditions.”

Spare parts and tools ordered, it was discovered also, were supplied in good condition but “there were short delivered items at US$657.70 which were exchanged for Mi-17 Helicopters Class C items worth US$1,527.95 through a Certificate of Acceptance dated 30 December 2005, signed between the Ghana Air Force and the Russian Warranty Team.” It was verified that indeed, 27 officers and men of the Ghana Air Forces made up of 8 pilots, 15 ground engineers and 4 flight engineers undertook various courses in the uses, management and maintenance of the Mi-17 transport helicopters between April and November 2004 in accordance with the contract agreement.

The report stated that “available evidence affirmed that no payments were made to Wellfind Ltd prior to the lifting of the suspension of its contract with MOD in January 2004.” The audit report concluded that no monies were paid to Messrs Wellfind Ltd during the period the contract was suspended by MOD. The transaction, according to the audit report, was preceded by a Ghana Air Force needs analysis, using the competitive matrix to identify the specific type of helicopters required for optimum operations at the least cost.

Continuing, the report stated that available correspondence on file indicated that after the needs analysis, a fact-finding team headed by the Chief of Air Staff was dispatched by MOD to the Kazan Helicopters Plant in Moscow in October 2002. The team, according to the report, was tasked to discuss issues related to the purchase of the helicopters, adding that the visit was at the invitation of Rosoboroexport of Russia. On the return of the team and based on its report, “the Minister of Defence held a meeting with the Chief of Air Staff and some management staff on 25 March 2003 to explore ways and means for the transparent accountable usage of the loan of US$55 million approved for MOD.”

It was after searches, analysis of quotations received and due diligence that the arrangements for the supply of the four helicopters were finalized in a letter dated 21 January 2004, written by Kazan Helicopters. The purchase of these helicopters, which came to fill a worrying void in the Ghana Armed Forces, prompted a heated furore among opposition elements and a section of the media. The Ghana Air Force, in a rare reaction, convened a press conference to explain the circumstances that led to the purchase and the due diligence followed before the transaction.

It was announced thereafter that a forensic audit would be instituted into the transaction to find out whether among other things, there was any malfeasance in the deal. The Russian helicopters are multi-purpose aircraft which can perform both fighting and transport role in a modern armed forces.

The 1992 constitution is a tool for stealing, rigging and pl...
35 minutes ago