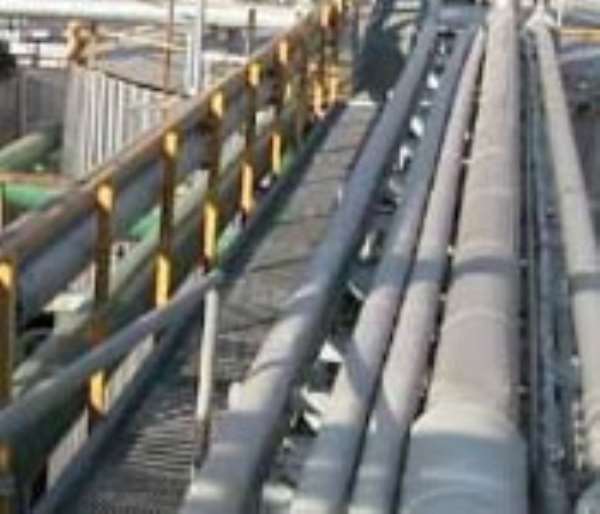 The Shama Ahanta East Metropolitan Assembly has given a four day ultimatum to the residents of New Takoradi who have their residential facilities close to the pipeline of the Tema Oil Refinery to relocate.

This came to light when the Western Regional Security Coordinator led a delegation made up of the Regional Ghana National Fire Service Commander, Environmental Protection Agency and SAEMA to the site to assess the situation.

The team was taken round the pipeline where they were shown the portions of the pipeline that had been tampered with.

The assembly, according to the Metropolitan Works Engineer, Nana Yaw Boateng had already contracted a company to undertake the demolition exercise.

He said considering the dangers that were associated with highly flammable substances, the exercise should have taken place immediately.

“But we are giving them to two weeks to move voluntarily to save the assembly time and money.

After the tour of the pipelines under siege, the engineer said that as a matter of urgency the slaughter house, whose activities involve the use of fire, should also be relocated.

In his remarks, the Assistant Chief Fire Officer in charge of the Western Regional Fire Command, Nana Ekow Aban deplored the activities of the butchers who set vehicle tyres ablaze outside the slaughter house to prepare animals for their customers.

The Regional Security Coordinating Director, Leo Blay urged the people not to see the exercise as harsh but for their own safety.