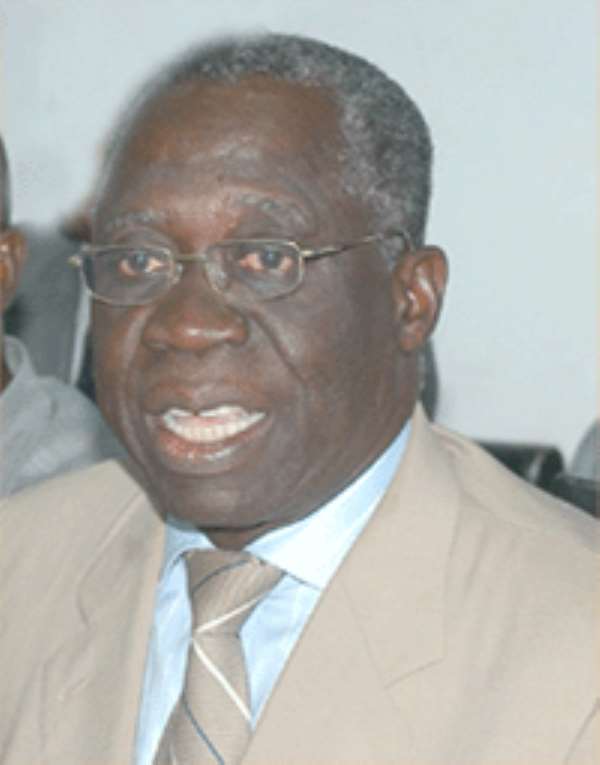 The latest person to formally re-confirm his decision to contest the ruling NPP's presidential primaries, Yaw Osafo Maafo has welcomed the three-point condition set by Mr. J. H. Mensah for person's desirous of leading the party to the next election.

Speaking to the dailyEXPRESS at Koforidua, the Akyem Oda MP said he has more than a good track record, has demonstrated that he can successfully manage an enterprise and is a winnable candidate.

“As honourable J. H. Mensah read out the three conditions, I was so comfortable and happy because I qualified for all of them: if you talk about track record in NPP, I think I have, if you talk about someone who can manage Ghana as an enterprise, I think I can and I have done it not only in politics but also in public life, in the banking system and elsewhere. J.H Mensah in short was saying that we should not reduce this whole contest into a joke” he stressed.

Mr. Mensah's condition is for the person to be able to win the confidence and the votes of majority of Ghanaians, especially the swing voters; the person must also demonstrate a solid track record; and be able to successfully run an enterprise like Ghana.

dailyEXPRESS: You talked about track record and say it's not only in politics. Outside of politics, what are these records?

dailyEXPRESS: But respectfully sir, that bank is no longer in existence, it has folded up. Having been there before that …

YOM: It went off seven (7) years after I have left the place so it did not collapse because I was in charge.

dailyEXPRESS: It is possible that some of the fundamentals you set were not right

YOM: The fundamentals were more than right; they put the wrong people to manage it. Now I went on to National Investment Bank which had run three years of losses, I turned it around in one and a half years and paid dividend in the second year so that was also a track record of performance outside politics.

dailyEXPRESS: Now, how are these track records that you are enumerating of any essence to the delegates… every candidate will visit them anyway?

YOM: NPP delegates have always been sensible since 1992, you must always bear in mind that you're not electing a candidate for NPP to vote for. You're electing a candidate for Ghana to vote for. There are only about three thousand NPP delegates and six million Ghanaians to come out with a nominee. I was very happy for what the president said, you're electing someone for Ghana, for the whole of Ghana to vote upon, therefore you must look for somebody who is likely to be accepted outside, otherwise you will lose the election. The delegates have always done it right and therefore they will do it right. It is not so much the influences, they are living within the community, people are talking, people are discussing and therefore they will know someone who can be there for the party, lead the party… lead Ghana. The emphasis is on Ghana.

dailyEXPRESS: Do you think that because of the sheer number of people desirous of contesting, the process has become more or less a joke?

YOM: The party's constitution invites everyone to be a candidate… but can you? These are two different things and I think that if we should emphasize the 'CAN', the number will drop.

dailyEXPRESS: Is that to suggest that you like others hold the view that there are some people in the race who should not be in?

YOM: I wouldn't say that. I'm saying that Honourable Mensah, the most senior politician within the NPP camp has come out with a three point criteria. Let us all examine ourselves with three points within this criteria and then see whether we fit the bill.