Bimbilla boils as Konkombas and Nanumbas brace up for another conflict 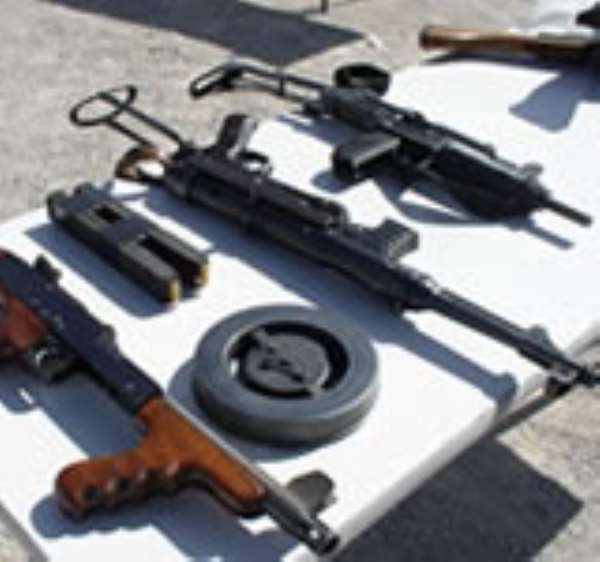 The Northern Regional Security Council is reported to be engaged in an emergency meeting to devise ways of averting a possible clash between Konkombas and the Nanumbas in Bimbilla.

The atmosphere in the town of Bimbilla in the Nanumba North District of the Northern Region is said to be highly tensed as the Konkombas were reported to be arming themselves, preparing to launch an attack on the Nanumbas. The cause and intended objective of the alleged plot was not, immediately known.

The District Chief Executive, Salifu Saeed confirmed the tense situation to Joy News and said the district had for the past five days been burdened with threats of attacks from the two ethnic groups.

The Regional Security Council was meeting leaders from both tribes to avert the outbreak of conflict.

The Regional Minster Mustapha Idris, the MP for Bimbilla, and the DCE are participating in the emergency meeting. Early this year fighting broke out in Bimbilla between the Konkombas and Nanumbas over a chieftaincy dispute.

A curfew was subsequently imposed on the area and that lasted months. But since then tension has been simmering and appears now to give way to a likely bloodbath with strong indications that fighting could break out any time soon.

In 1994/95 a full scale war that ensued between the two tribes in which modern weapons such as AK47s were widely used in what has now become known as the Guinea Fowl War, was alleged to have resulted in at least 2,000 deaths and displaced 200,000 as well as the complete destruction of 441 villages.