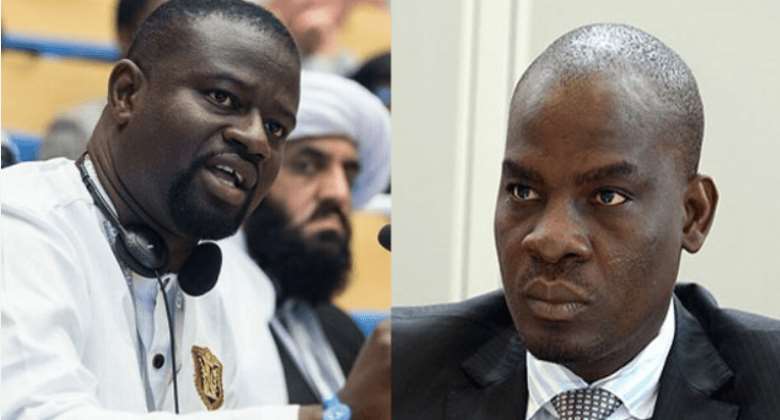 The Majority Chief Whip, Frank Annoh-Dompreh has extended words of encouragement to Haruna Iddrisu after being removed as Minority Leader.

As widely reported, the National Executives of the opposition National Democratic Congress (NDC) have written to the Speaker of Parliament, Rt. Hon. Alban Bagbin on changes made to the leadership of the Minority in the house.

While this has been described as a coup d’état against Haruna Iddrisu, people have expressed displeasure especially after some NDC MPs admitted that they were not consulted.

Reacting to the shakeup in the leadership of the Minority in Parliament, Nsawam-Adoagyiri MP Frank Annoh-Dompreh has urged the Tamale South MP to stay strong.

In a Facebook post, the Majority Chief Whip said, “God will not stop blessing you just because they stopped liking you.. Keep your heads up..My message to Hon. Haruna & Muntaka.”

This evening, the latest development to the shakeup in the NDC leadership in Parliament is that over 90 MPs have signed a petition demanding that the reshuffle should be reversed.