Do we need this change If we sincerely want Mahama to win 2024? - Murtala 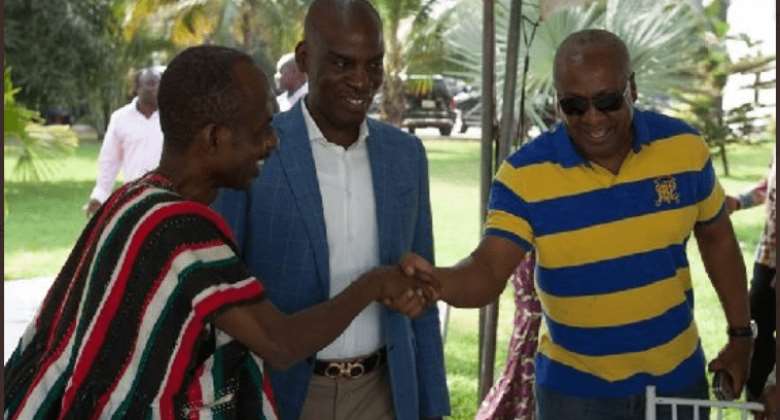 He believes that the action is not needed at this time because it will create division in the party ahead of the 2024 general elections.

Speaking to journalists in Accra on Wednesday, January the former Deputy Trade Minister said “we will want to see the minutes of that meeting which resulted in the decision that our leaders should be changed.

“Was it a decision by an individual or two people? Was it taken at the Functional Executive Committee (FEC)? My understanding is that FEC is meeting today, FEC is meeting today to take a decision on a matter that they have already taken a decision on. I see a disrespect not just to the leadership of our caucus but direct disrespect to us as a caucus, nobody consulted us. Who told you that the people you are choosing for us, we will be comfortable with them as our leaders? Outstanding individuals, I don’t have any problems with those they have chosen, but the question is, have we told you that we are dissatisfied with the kind of leadership that we have?

“If there is any Member of Parliament who has actually told our leadership that some of the executives are dissatisfied with them they should be bold enough to speak out. Do we need this at this material moment if we sincerely and genuinely want President Mahama to win the election for 2024, if we sincerely and genuinely want to win this election for the good people of this country? This 2024 election we are going into it is not just about the NDC, it is about salvaging this country, this country is in a quagmire, Honorable Haruna Iddrisu is the most experienced MP today except for Hon Cletus Avoka , 20 years, Honourable Avedzi, one of the most experienced, Honourable Muntaka is one of the most experienced MPs.”

“This decision is untimely, it is not the best thing for the party at this material moment, it is going to cause division within the rank and file of our NDC caucus in Parliament.”

The National Chairman of the National Democratic Congress, Johnson Asiedu Nketia explained the reasons for the changes stating that the key topics that come up for debates lately centre on the economy, energy and infrastructure.

To that end, he said the party felt it necessary to get their best men who are on top of these issues forward.

Mr Nketia told journalists on Tuesday, January 24 that “The debates and the other discussions will focus on the economy so you need to put your best man in the economy forward, that is what we have done.

“We also looked at energy. These petroleum and electricity challenges and so we needed to settle on Kofi Armah Buah, our former Energy Minister to be the deputy minority leader and then the other area is infrastructure, Kwame Agbodza being our man in infrastructure should play a key role. So that generally is what informed the changes.”

The General Secretary of the National Democratic Congres (NDC) Fifi Kwetey explained the reason for the changes.

He stated that the decision is to reposition the party for the elections 2024.

He has also been replaced with Ellembelle Member of Parliament Kofi Armah Buah.

'It has become necessary for you to deploy you from your current position as Deputy Minority Leader with immediate effect,” a statement signed by General Secretary of the party Fiifi Kwetey said on Tuesday, January 24.

“I wish on behalf of the party to express our deepest appreciation to you for your service over the years in this capacity,' the statement added.

It further said ” please kindly arrange with the new officer to effect the necessary handing over processes.”

India's sinking hill town, a casualty of the warming Himalay...
28 minutes ago