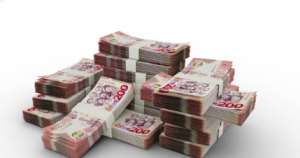 A sharp increment in tuition fees at the beginning of the academic year has compelled many parents to withdraw their children from private and enrolled them into public schools in the Sunyani Municipality.

Some of the parents said they took the decision because of the rising cost of textbooks and other teaching and learning materials in private schools.

In an interview with the Ghana News Agency in Sunyani, one of the parents, Mr Adjei Darko explained besides transportation fees, he could not afford to pay the GHC2,100 tuition fees for his three children.

“The fees are too much, and the family has no other option than to withdraw the children from private and enrol them into public schools,” he stated.

Mr Darko expressed worry that “education has now become expensive in private schools because of the high cost of textbooks, transportation fares, and feeding fees”.

Mr Bismark Siaw, the Assistant Headmaster of the Fiapre St. Thomas Primary and Junior high school, confirmed that enrolment in the school had increased in the academic year.

“This year's enrolment in the school has increased drastically as compared to the previous academic year. Many parents are seeking admission for their children”, said, saying it was untrue that private schools were far better than public schools.

“But the problem is that many parents who have their children in public schools are always reluctant to provide them with the necessary learning and teaching materials as compared to those whose children are in private ones,” Mr Siaw stated.

Mr Siaw advised the parents and guardians to provide their children with basic teaching and learning materials to sustain their interest in school activities.