Forget it; Ofori-Atta goes nowhere, Akufo-Addo believes in him – Assibey-Yeboah 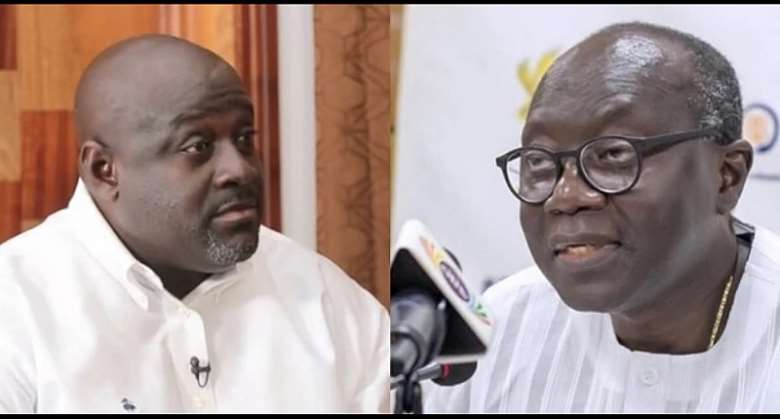 The former chairman of the Finance Committee of Parliament told Ghanaians without mincing words that the calls will be in vain.

The former legislator on Accra-based Neat FM’s “Ghana Montie” show said the President still believes in the Finance Minster—the reason he has ignored the calls.

Mr. Assibey-Yeboah noted that Ken Ofori-Atta will never resign because his policies are always sanctioned by the President who described his work as excellent.

“The president says Ken is doing a fantastic job. He says he is doing an excellent job. He also never said he would fire him (Ofori-Atta) during the revolt by the NPP MPs, he told them to let him finish the IMF negotiations so that they could revisit the issue,” he stated.

"... He (Ofori-Atta) is not going anywhere. He is not going to resign; why should he resign? The guy is doing an excellent job, according to the president,” Mr. Assibey-Yeboah claimed.

He continued, “The finance minister represents the president. The other time I heard one of the MPs saying that they told Ofori-Atta to reduce the E-Levy to 1.5 per cent but he did not listen so he should be sacked. The budget is the president's budget and the cabinet met to determine the E-levy rate. Is this a basis for Ofori-Atta to resign or be sacked?”

Joseph Yamin to clear weeds in all abandoned Mahama projects...
7 minutes ago