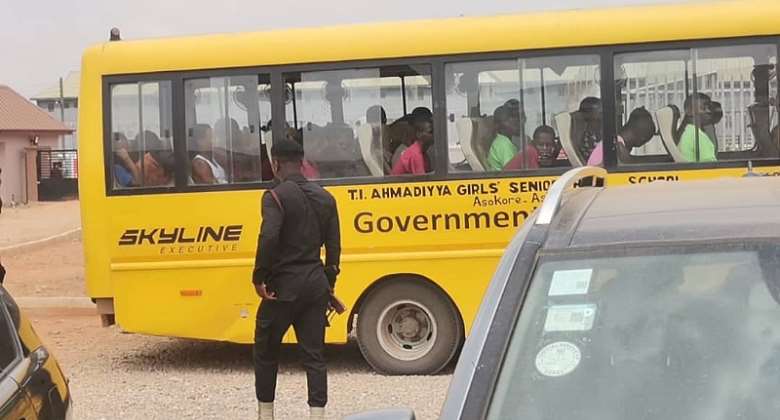 Some 39 students of Krobea Asante Technical Vocational School at Effiduase-Asokore of the Ashanti Region have been remanded into Police Custody by the Asokore Mampong District Court.

The students were charged with stealing, causing unlawful damage, conspiracy to commit crime and unlawful entry.

The court did not hear the plea of the students during their first appearance on Tuesday, January 24, 2023.

The decision of the court to remand the students followed the Prosecution’s request suggesting that the release of the accused students may interfere with the investigation.

The court presided over by His Worship, Samuel Buaben Quansah agreed that the students reappear before the court on February 2, 2023.

The court however asked police to ensure that, juveniles among the student will be separated from those established to be 18 years and above and keep them away from cells meant for adult criminals.

Counsel for the accused students Kwabena Gyamfi in an interview with this reporter said 27 out of the 39 students were juveniles.

He added that they were asking the court to grant the students bail on grounds that, they will not escape but the court denied the bail application.

He however commended the court for ordering police to ensure the juveniles are not mixed with adults in police cells as it happened prior to the court sittings.

Background
About 40 students of Krobea Asante Technical Vocational School were been arrested by police for vandalizing school properties on Sunday, January 22, 2023

The students according to report earlier reports gathered by this portal went on a rampage over poor results recorded by their predecessors.

Properties amounting to millions of cedis have been destroyed, bungalow for senior house mistress, her car, school's notice board, stores and food stored there have all been vandalised.

Following the incident, the school was closed down on the orders of the Ashanti Regional Security Council in consultation with the Ghana Technical and Vocational Education and Training (TVET) Service.

All students have since left the school for their various homes.