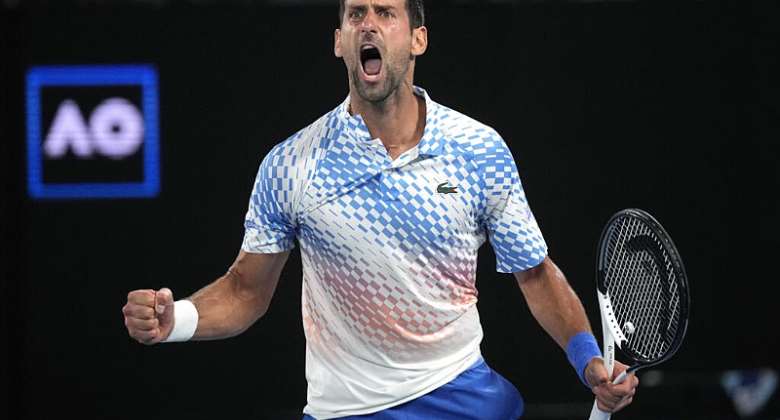 Novak Djokovic advanced to the last four at the Australian Open on Wednesday with a clinical straight sets destruction of the fifth seed Andrey Rublev.

Djokovic, hunting a record-extending 10th title at the tournament, won 6-1, 6-2, 6-4 in two hours on Rod Laver Arena to reach a showdown with the unseeded American Tommy Paul who progressed to his first semi-final at a Grand Slam competition with a four-set win over his compatriot Ben Shelton.

"I love these conditions and this court," said Djokovic. "It's very special.  Overall, I think the scoreline in the first two sets doesn't reflect the match – we had some very close games. I knew what the game plan was and if I had to sum it up ... on the most important points and shots, I found my best tennis."

On facing 25-year-old Paul for the first time, Djokovic said: "He doesn't have anything to lose. He's been playing some great tennis here.

"I've got to be ready for the match, play it like any other, and I hope if I play like I have been, I can get through.”

Warning
Despite the caution, Djokovic, with his wealth of experience and 21 Grand Slam singles titles, will be the overwhelming favourite to advance to the final at the expense of the world number 35.

"I was doing a couple of interviews before the match, the reporters were asking how it felt to be in the quarter-finals and I said: 'Semi-finals sounds a little better.' I am pumped to be there and excited."

In the women's draw, Magde Linette conitnued her flourish. The 30-year-old unseeded Pole, who accounted for the fourth seed Caroline Garcia in the last-16, beat the 30th seed Karolina Pliskova 6-3, 7-5 to reach the last four at a Grand Slam tournament.

"My first serve wasn't always there," said Linette. "I think I did really well not to panic and still stay in the rally and go for the shots when I had the chance. That was, I think, something I did really well."

Linette will face the fifth seed Aryna Sabalenka after the 24-year-old Belarusian swept past Donna Vekic from Croatia 6-3, 6-2.