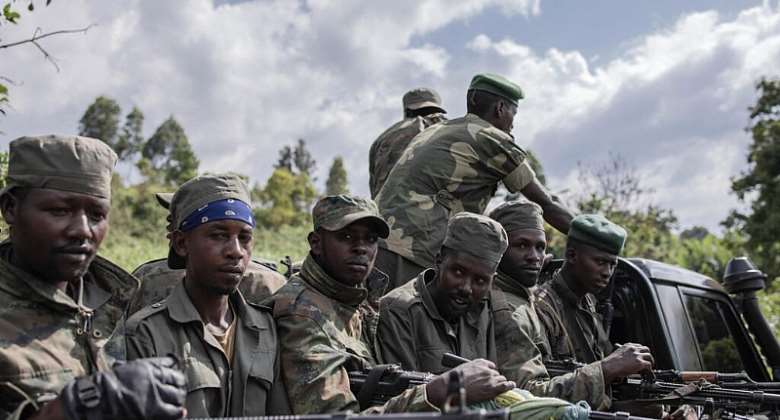 The Democratic Republic of Congo has accused Rwanda of an “act of war” after Kigali on Tuesday confirmed its forces had fired at a fighter jet from the DRC that had violated its airspace.

A video shared on social media showed a projectile shooting toward an airborne military plane, before exploding in the air near the plane, which continued to fly.

The incident is the latest dispute between the two countries whose relationship has been strained by a rebel insurgency.

In a statement the DRC denied the jet had been in Rwandan airspace, saying the aircraft was “flying within Congolese territory”.

Authorities said the plane had landed in the Congolese provincial capital Goma without suffering major damage.

Rwanda has denied any involvement.
Regional leaders brokered an agreement in November under which the Tutsi-led group was meant to withdraw from recently seized positions by January 15 as part of efforts to end a conflict that has displaced at least 450,000 people.

Meanwhile Pope Francis is preparing a visit to the DRC, a deeply religious Catholic country, from 31 January - a visit seen as a chance to soothe tensions in the east.

Over one million worshippers are expected to turn out for an open-air mass in Kinshasa's Ndolo airport on 1 February.

The Pope had been scheduled to arrive in the DRC last July, but the trip was postponed over health concerns.

There is speculation that escalating conflict in the east - where the pope is no longer due to visit - prompted a rethink.

The Pope will meet victims of the conflict while in Kinshasa.

‘Sidelined’ GIJ threatens to withdraw from UniMAC merger
9 minutes ago