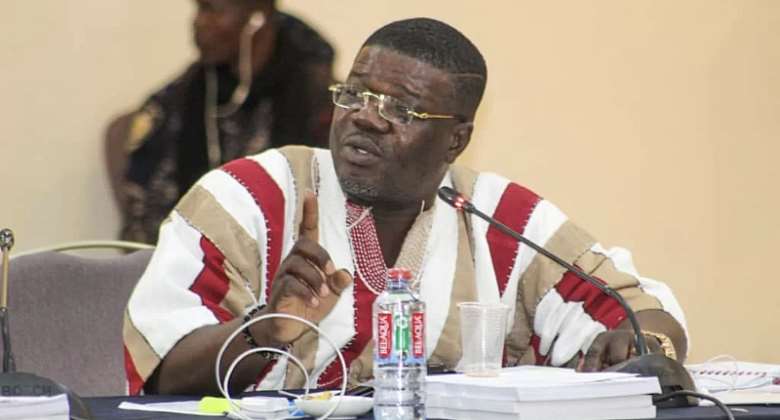 Member of Parliament for South Dayi on the ticket of the NDC, Rockson-Nelson Dafeamekpor believes the tension in the Minority caucus will be resolved.

Though the shake-up, particularly the removal of Haruna Iddrisu as Minority Leader, has made them furious, the MP said they will work with their new leader, Cassiel Ato Forson.

Speaking on Accra-based Joy News on Wednesday, January 25, Mr. Dafeamekpor said he was not expecting a shake-up.

“Although we are angry that Haruna Iddrisu has been removed, we will listen to Dr Ato Forson. I was hoping Haruna Iddrisu would have been maintained as the leader,” he said.

On Tuesday, January 24, the opposition party in an official letter informed the Speaker of Parliament, Rt. Hon. Alban Bagbin about some changes in its leadership in Parliament.

In the letter, Ranking Member on Finance, Mr. Cassiel Ato Forson, is taking over from Mr. Haruna Iddrisu as the Minority Leader.

Meanwhile, Johnson Asiedu Nketiah, National Chairman of the National Democratic Congress (NDC) stated that the new development is part of the party’s reorganisation exercise, which started a year ago.

Mr. Asiedu Nketiah noted while speaking on Accra-based Star FM’s Midday News that this will reposition the party’s parliamentary caucus in terms of economic debates ahead of the 2024 general elections.

“It is the continuation of our reorganisation exercise to reposition the party for the 2024 elections. So, it’s the continuation of the process which was started a year earlier, from branches through to constituency to regional and national. We’ve now come to the reorganization on the form in parliament," he is quoted by Pulse Ghana as having said.

He further explained, "The thinking is that going into 2024, the debate is going to be principally on the economy, and so we need to put our best foot forward so we can match the NPP in that area. That’s why we chose Ato Forson to lead the charge as Minority leader and then Armah Kofi Boah, our expert in energy, which is also going to feature prominently, and then Kwame Agbodza is our person on infrastructure.

According to the party’s chairman, they "will continue to move forward with our proposal in revamping the economy and hoping to attract the attention of the nation that we offer a better alternative to what we are seeing in the government now. So, the battle will continue, except that the key players have changed positions. So, we are not going to relent in making NDC the better alternative."

India's sinking hill town, a casualty of the warming Himalay...
1 hour ago