Auditor-General’s Report: There is nothing Akufo-Addo will do about the revelations – Mintah Akandoh 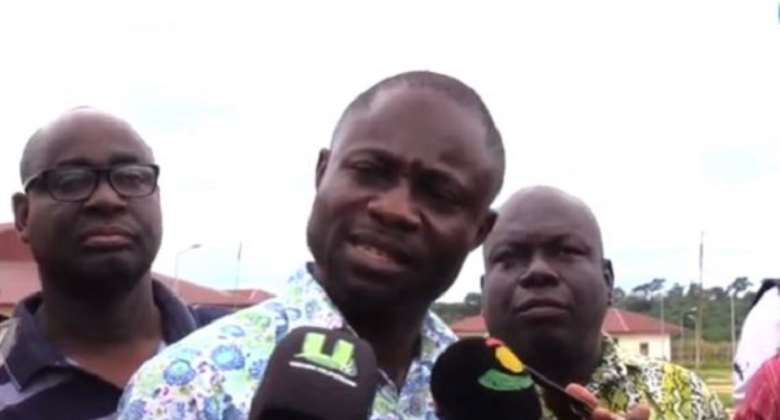 The Member of Parliament for Juaboso, Kwabena Mintah Akandoh has indicated that he does not believe President Nana Addo Dankwa Akufo-Addo will take action on government officials cited for irregularities in the Auditor-General’s Report.

In the Auditor-General’s Report released on Coronavirus expenditure between March 2020 and June 2022, it has made damning revelations about how money to fight the pandemic was wrongly used.

The report provides evidence of irregularities including unapproved payments of allowances.

Speaking to Starr FM in an interview on the findings, Kwabena Mintah Akandoh noted that despite the glaring evidence, there is no way President Akufo-Addo will act to get people punished.

“As if those people are not living in Ghana with Nana Addo Dankwa Akufo-Addo as the President of the republic of Ghana, the clearing agent himself in the seat. What are you talking about, he will not do it. Is the Health Minister still not at post? What didn’t we reveal at the committee, is he not still at post?

“Is the Finance Minister still not at post? When members in his own party are saying that the man must be fired. In any serious jurisdiction and any serious or responsible President, the minister responsible for health wouldn’t have stayed for more than a second after the revelation but he is still at post,” Akandoh who is the Minority’s spokesperson on health said.

According to him, the inaction of President Akufo-Addo is just a consequence of Ghanaians voting for the wrong person to lead as the President of the country.

“So, for me, I think that it is one of the consequences of voting for the wrong person to steer the affairs,” Kwabena Mintah Akandoh said.