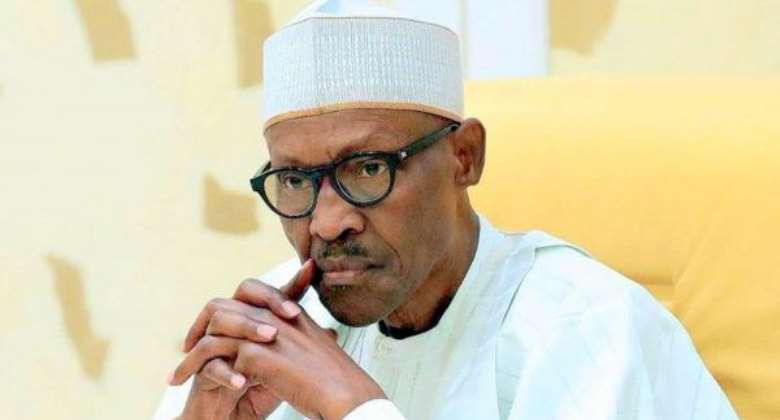 Socio-Economic Rights and Accountability Project (SERAP) has filed a lawsuit against President Muhammadu Buhari over “the failure to reverse the unlawful, unjust, and unreasonable increase in electricity tariff, and to probe the spending of public funds as ‘investments and bailouts’ to DisCos and GenCos since 2005.”

Joined in the suit as Respondents are the Attorney-General of the Federation and Minister of Justice, Abubakar Malami (SAN), the NigerianElectricity Regulatory Commission (NERC), and the Nigeria Bulk ElectricityTrading PLC.

Following reported approval by the NERC, electricity tariffs were increased across DisCos in the country in December 2022. Several prepaid customers have reportedly confirmed the increase. The Minister of Power and NERC have refused to confirm or deny the increase.

In the suit number FHC/L/CS/99/2023 filed last Friday at the Federal High Court, Lagos, SERAP is asking the court to “compel President Buhari to direct the Nigerian Electricity RegulatoryCommission to reverse the unlawful, unjust and unreasonable increase in electricity tariff.”

SERAP is also asking the court to “compel President Buhari to direct the Attorney General of the Federation and Minister of Justice Mr Abubakar Malami, SAN, and appropriate anti-corruption agencies to promptly investigate the spending of public funds as investments and bailouts to DisCos and GenCos since 2005.”

In the suit, SERAP is arguing that, “Regular and uninterrupted access to electricity is a fundamental human right. Electricity is an essential public service but millions of Nigerians continue to pay the price for corruption in the electricity sector–staying in darkness.”

SERAP is also arguing that, “the increase in electricity tariff failed to follow due process of law. It is entirely inconsistent and incompatible with the provisions of the Nigerian Constitution of 1999 [as amended], the Electric Power Sector Reform Act and the country’s international human rights obligations.”

SERAP is also arguing that, “the increase is unjustified, especially given the unreliable, inefficient and poor quality of electricity in the country. Millions of Nigerians continue to live in darkness despite the spending by governments of trillions of naira as investments and bailouts toelectricity companies.”

According to SERAP, “The Federal Government has a legal responsibility to ensure transparency and accountability in how the investmentsand bailouts to electricity companies are spent, to reduce vulnerability to corruption and mismanagement.”

SERAP is also arguing that, “The government has legal obligations to effectively and progressively provide affordable, regular and uninterrupted access to electricity as a matter of human rights.”

The suit filed on behalf of SERAP by its lawyers Kolawole Oluwadare and Ms Adelanke Aremo, read in part: “The increase in electricity tariff would exacerbate the extreme poverty across the country, and undermine the ability of millions of Nigerians to satisfy basic human needs.”

“The consequences of corruption in the electricity sector are felt by citizens on a daily basis. Corruption exposes them to pay additional costs and crazy electricity bills. Electricity supply remains inadequate and irregular.”

“Investigating the allegations of corruption in the spending on the investments and bailouts to electricity companies, and recovering any stolen public funds would serve the public interest.”

“The government has a sacred duty to ensure transparency and accountability in the spending of the country’s resources, including the spending of public funds as investments and bailouts to electricity companies.”

“The latest increase in electricity tariff is coming on the heels of the NBC report which shows that over half of the population of Nigeria are multidimensionally poor and cook with dung, wood or charcoal, rather than cleaner energy.”

“High deprivations are also apparent nationally in sanitation, time to healthcare, food insecurity, and housing. Access to regular electricity supply would improve the quality of life of the population.”

“Access to affordable electricity services is a prerequisite for improving the condition of people living in poverty. It is a means to generate other important services that mitigate poverty, bearing in mind that access to electricity facilitates the eradication of poverty.”

“The hike in tariff would increase financial burdens for socially and economically vulnerable Nigerians and further marginalize and disproportionately affect them, and exacerbate their vulnerability to discrimination.”

“The failure of successive governments and high-ranking government officials to prevent widespread and systematic corruption in the electricity sector and to bring suspected perpetrators to justice is the primary cause of the exploitation of electricity consumers.”

“Investigating the spending of investments and bailouts by successive governments in DISCOS and prosecuting anyone suspected of corruption and mismanagement of public funds, and recovering any proceeds of crime would end a culture of impunity in the power sector, and improve access to and affordability of electricity in Nigeria.”

“Successive governments have failed to increase power generation and provide Nigerians with regular and uninterrupted electricity supply, with many electricity contracts shrouded in secrecy, and trillions of Naira going down the drain.”

“SERAP is also asking the court to “compel President Buhari to ensure the prosecution of anyone suspected to be responsible for misappropriation of investments and bailouts in the power sector, if there is sufficient admissible evidence, and any missing public funds should be traced and fully recovered.”

“SERAP is also asking the court to “compel and direct the Nigerian Electricity Regulatory Commission to reverse the unlawful, unjust and unreasonable increase in electricity tariff, which reportedly occurred in December 2022.”

“Section 14(2)(b) of the Nigerian Constitution of 1999 [as amended] provides that, ‘the security and welfare of the people shall be the primary purpose of government.’”

“Nigeria has also ratified the African Charter on Human and Peoples’ Rights and the International Covenant on Economic, Social and Cultural Rights, which recognize legally enforceable economic and social rights, such as the rights to education, health, safe food and clean water, security, and shelter.”

“Articles 5 and 9 of the UN Convention against Corruption also impose legal obligations on the government to ensure proper management of public affairs and public funds, and to promote sound and transparent administration of public affairs.”

“The African Commission on Human and Peoples’ Rights has adjudged the failure of the States to provide basic services such as electricity as violating the right to health.”