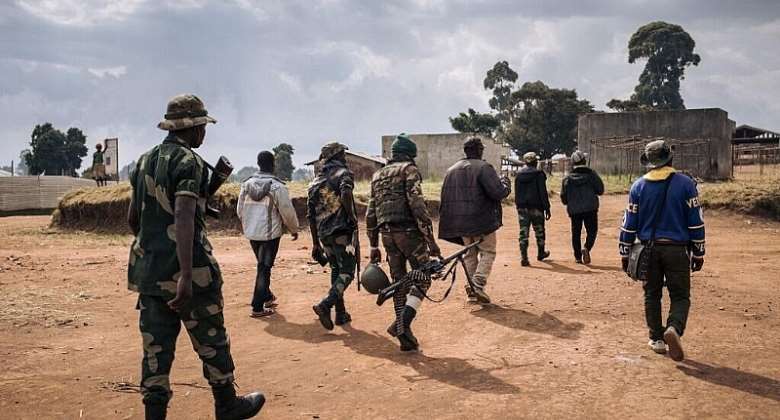 The UN says another seven civilians have been killed by militia in a northeastern area of Democratic Republic of Congo by the same local militia blamed for killing 49 people discovered in mass graves earlier this week.

A local militia named Codeco – Cooperative for the Development of Congo – has been blamed for the attack.

The attack followed the discovery on Tuesday of mass graves containing the bodies of 49 civilians in two other villages in Ituri.

Codeco is also believed to be behind that attack.
"Peacekeepers launched a patrol in the area immediately after receiving reports of [last weekend's] attacks on civilians," Haq said. "This is when they made the gruesome discoveries."

Haq said Monusco was “supporting the Congolese judicial system to investigate the attacks” and called “for the perpetrators to be brought to justice”.

Codeco has been attacking villages, IDP camps and military positions in the Ituri hills for the past three years or so.

It claims to be defending the interests of the Lendu ethnic group against the army and the Hema tribe, which is defended by a rival militia called Zaire.

Malodra said angry residents of the camp then attacked and "vandalised" Monusco's base in anger over their failure to intervene.

Similar anger erupted on Thursday morning when "protesters gathered in front of the Monusco base, throwing stones", a Monusco spokesperson told AFP news agency on condition of anonymity.

Three peacekeepers and five protesters were slightly injured, she said.

The longstanding feud between Lendu and Hema communities led to thousands of deaths between 1999 and 2003 before an intervention by a European peacekeeping force.

However, they have gradually resumed attacks in the area.

Violence has escalated in recent weeks, after the killing of a teacher belonging to the Lendu farming community triggered reprisal attacks from Codeco.

Haq has warned of a “significant deterioration of the security situation” in Ituri.

The UN says at least 195 civilians have been killed, 68 wounded and 84 people abducted since December during attacks attributed to both Codeco and Zaire militias.