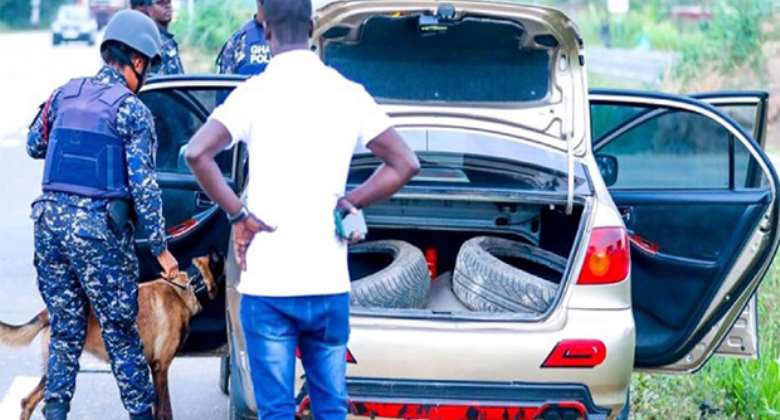 One of the stories in this issue is a worrying one. It is about an allegation of drugs planted on a doctor by police officers.

Nobody can deny the seriousness of such an allegation and the need to get to the root of the subject.

Anything that can erode public confidence in the Police should be dealt with appropriately and with all the might of the law, as well as regulations upon which policing in the country is hinged on.

It is for this reason that we think and rightly so that anybody with information required in the ongoing investigations as announced by the Police but refuses to make these available should be compelled to do so.

A statement by the Police Administration has detailed how it has become impossible to track the so-called victims of the extortion attempt as alleged in the audio.

In spite of the foregone, the image of the Police has suffered further damage among a section of the populace, an anomaly which we should not countenance as a people who appreciate the importance of an efficient law enforcement system.

Whoever played a role in the matter under the review, be they involved in the so-called planting of narcotics in vehicles of innocent persons or concocting a non-existent occurrence to drag the image of the police in the mud, should be dealt with according to the laws of the land.

The Police, as an institution of state, is a microcosm of the country and we cannot claim there are no bad nuts within its fold. As it is with others, the law enforcement department has personnel whose integrity does not meet expectation. That notwithstanding, Ghana cannot survive as a police-less country or one without laws.

We still need this department of state to protect lives and property of citizens and others within the country.

In matters therefore, such as triggered by the allegation being leveled against the institution by the so-called doctor in the audio, which made the rounds on social media, all with relevant information especially, alleged victims, should not hesitate to step forward to assist the Police unravel the truth and to act as demanded by the law establishing the institution.

We have observed, and sadly so, as contained in the Police Administration's statement that the doctor and others with relevant information, if these really exist, are reluctant in assisting in the ongoing investigations which have already commenced.

The issue of integrity in the law enforcement department of state has never been so critical in the affairs of this country.

With social media at the beck and call of almost all Ghanaians, the use and misuse of this channel of communication poses a danger or otherwise for society. Herein lies the need to ensure that those who are recruited are persons who love to serve their motherland through policing and not money-hungry citizens who are ready to do anything to achieve parochial goals.

‘Sidelined’ GIJ threatens to withdraw from UniMAC merger
15 minutes ago