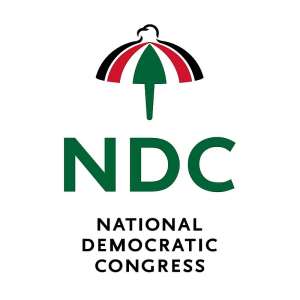 One of the objectives of the government of Nana Akufo Addo is to destroy NDC and have only Npp as the strongest party that can be in power for the next 30-50 years. Thus the mantra "Break the 8".

The inclusion of individual bond owners in the domestic debt restructuring is the last straw meant to weaken the financial strength of individual bond owners perceived to be NDC financiers who keep the party going. If you all remember , a few weeks ago there was an overwhelming support for president MAHAMA and NDC fundraiser towards the just ended NDC congress. The amount of money Ghanaians donated to President MAHAMA’s campaign sent shivers to the vindictive Nana Addo to the extent that he has to punish Ghanaians by going after individual bond owners in the name of domestic debt restructuring under the disguise of IMF conditions. The IMF officials will never suggest the use of private individuals' investments for domestic debt restructuring knowing very well that these individuals will need to pay bills , take care of their households, pay for medication , pay for high increase in university tuition and hostel fees as well as high cost of rent and food.

These Ghanaian individuals will be so impoverished to the extent that the so-called NDC financiers will not be able to fund the campaign of President MAHAMA and the NDC.

They will thereby keep the money they have taken from these individuals to fund their agenda breaking the 8 election in 2024.

Everything about this government is to hold on to power and control everything whether In government or outside government . The inclusion of individual bond holders was an after thought and the fear that gripped president Nana Addo and the Npp by the caliber of executives the NDC elected to steer the affairs of the party for the next four years. The government is really worried of loosing election 2024, because of all the scandals of thievery and corruption.

The president has succeeded in bringing his so-called enemies' businesses to their knees like Dr. Paa Kwesi Ndom, Dr Kwabena Duffour and many in the banking sector and giving all their customers to his finance minister/ cousin's bank (Data bank). The next move is to chase individuals who have refused to put their monies in bank accounts and rather thought it wise to acquire government bonds.

At the beginning of the restructuring, individual bond holders were told their investments were not going to be part of the debt restructuring and so people were deceived to invest more only to be dragged into this mess they have caused through their incompetence in managing the economy.

These criminals have put Ghanaians in a jeopardy that has confused everyone about the future of the economy.

Who in any part of the world in his right senses will aim at pensioners' savings and investments of private individuals to solve economic problems without first consulting them.

My prayer is that the youth of Ghana whose future is being destroyed, will wake up and defend their future by making sure these people go out of power forever in order to save the lives of the good citizens of Ghana.

Ghana, our mother land will surely be rescued in 2024 by the collective effort of the good people of Ghana.