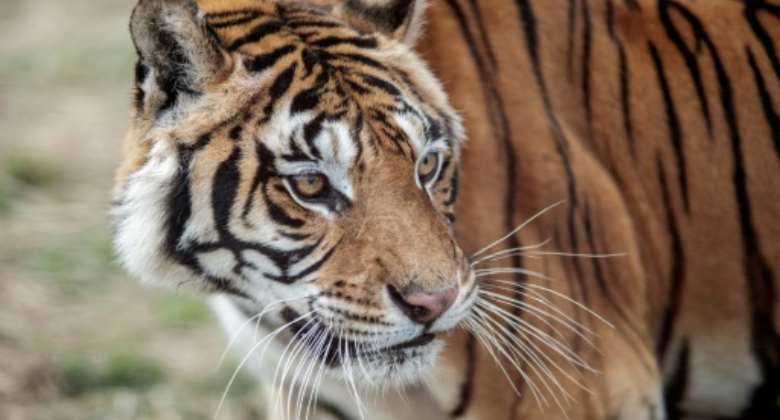 Tigers are not native to South Africa, but in recent years tiger breeding has become common in the country.. By LUCA SOLA (AFP)

A tiger who escaped from a farm and roamed the countryside outside of Johannesburg for four days, attacking a man and killing several animals, was euthanised on Wednesday, a local community leader said.

The eight-year-old female Bengal tiger was put down just before dawn after it killed a dog, the latest in a series of attacks that followed its escape from an enclosure at a private farm on Saturday, Gresham Mandy, a member of a local safety volunteer group in Walkerville, 30 kilometres (18 miles) south of Johannesburg, told AFP.

Tigers are not native to South Africa, but in recent years their breeding has become common in the country.

Following its escape, the tiger named Sheba, attacked a 39-year-old man, who survived the assault and was hospitalised with injuries to his legs.

It also killed a dog and a deer and mauled another dog so badly that it had to be put down, Mandy said.

Dozens of people, including animal experts and members of the community group tracked the big cat using drones and helicopters.

The decision to put her down was made after her latest kill.

"She killed the dog in a private farm with dwellings where six families reside, it was becoming too much of a risk," Mandy said.

"In that moment there was no other option but to put her down," said Mandy.

A report by global animal rights charity, Four Paws, said that 359 tigers -- almost a tenth of the world's population -- were exported from South Africa from 2011-2020, most of them sold to zoos.