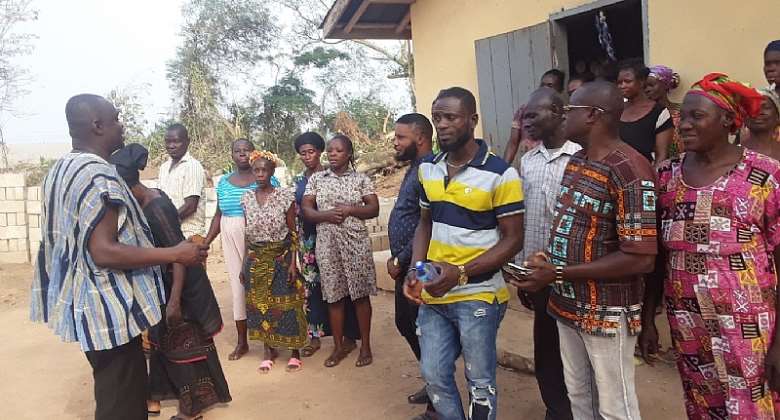 As part of a planned agenda toward the development of Dormaa East District, the Assembly led by the Hon. District Chief Executive, is forming and identifying Farmer Based Organizations (FBOs) in the communities to partner for mutual benefits.

The plan would be for the organized farmers to channel their strength and resource to one common farm on a very large scale with assistance from the District Assembly.

The aim which is just one of the means to develop a solid foundation for the future prospect of the district also is to eradicate poverty, ensure food security and employment for its people and as well gradually develop agriculture activities into profiting business venture in the District.

For this purpose, leadership of the Assembly, has been in talks with the District Agriculture Directorate, nearby local processing factories and other stakeholders to see how best these possible FBOs can be resourced by assisting them with skilled training, access to credit or government subsidies and technical services among others.

Following this, the District Chief Executive, Hon. Emmanuel Kofi Agyeman among others, met with some vegetables farmers in and around Asuhiayae a suburb of the District last Friday, January 13, 2023 to familiarize with problems which impede their success and to see how best the Assembly and the farmers can cooperate to remove the problems and put in measure which would empower and sustained the associations for their mutual benefit. Notable among all the farmers who gathered, was Nyameakwan Farmers Association made of 35 growers of tomatoes.

These are farmers who on their own are able to harvest several boxes of tomatoes despite the challenges that hiders them.

In the meeting with officials from the Assembly, the farmers outlined irrigational problems due difficulty in accessing water especially in the dry season, ready market for produce, pricing, high cost and inferior farm inputs and inadequate supplies by the Agric Directorate to include in their challenges.

The farmers were optimistic that their cooperation with government or an external assistance can encourage their business hence they agreed to cooperate with the assembly. They also called for assistance for their individual farms.

The DCE, who having listened to the farmers’ proposals, request and problems, called for their cooperation in the development agenda of the district. He advised the farmers to start relying on the poultry dropping which is cheaper, readily accessible and harmless for their farms instead of the use of fertilizers which is quiet expensive and hazardous. He also suggested a negotiation between the farmers and a local processing factory to start a market for the tomatoes for the time being and requested their loyalty to encourage the mobilization of both local and foreign resources to enable the District achieve agriculture development.

He also called the Agric Extension Officer in the area to see how best the other vegetable farmers who were not organized could be put together for the same purpose. The DCE also directed him to see the veterinary office in connection to farmers having access to poultry droppings for the farm.

‘Sidelined’ GIJ threatens to withdraw from UniMAC merger
4 minutes ago