AfAW to Collaborate with FIDA in Combating Witch Persecution in Nigeria 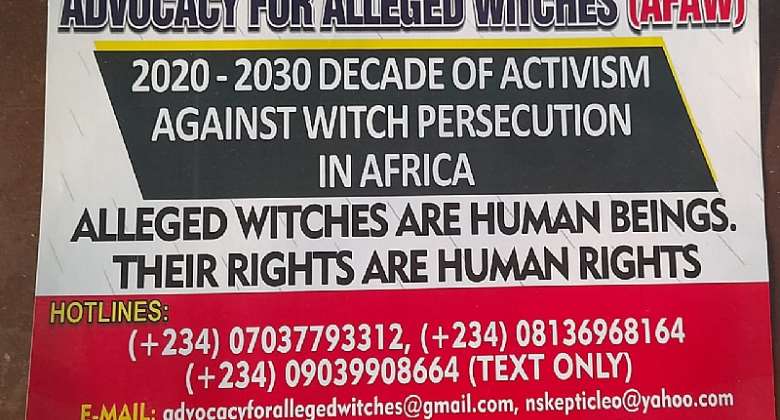 The Advocacy for Alleged Witches (AfAW) will work with the International Federation of Women Lawyers (FIDA) in Bauchi to address the problem of witchcraft accusations and witch persecution in the country. Abuses linked to witchcraft beliefs have ravaged many communities without adequate institutional response. This unfortunate situation will soon be a thing of the past because the AfAW plans to collaborate with FIDA and other institutions across the country. Recently, a FIDA contact in Bauchi reached out to the Advocacy for Alleged Witches (AfAW) regarding a case of witchcraft accusation and persecution in the state.

A widow was accused of witchcraft in 2021. She was subsequently tortured and banished from her village in Tafawa Balewa Local Government Area. The FIDA office in Bauchi intervened. It worked with the National Human Rights Commission office to sensitize the community. But the accused woman feared for her life. And the FIDA office relocated her to a safer part of the state and got her some accommodation and a temporary job that pays only ten thousand naira a month. The alleged witch has 4 kids and the FIDA office is asking the Advocacy for Alleged Witches to join efforts with it to support this woman.

The AfAW commends the FIDA branch in Bauchi for responding to this situation and for rehabilitating this woman. An institutional synergy is critical to tackling witch persecution in Nigeria because witchcraft accusation is a complex phenomenon. It has with many dimensions. Witchcraft accusation has health, legal, political, social, economic, and religious aspects. Witch persecution has gender and human rights currents. Faced with limited resources, no one institution can do it alone. It is imperative for organizations to collaborate.

FIDA is an organization of women lawyers in 36 states of Nigeria. it has a mandate to promote, protect and preserve the rights of women and children in Nigeria. Bauchi is one of the states in northern Nigeria where abuses linked to witchcraft beliefs are widespread. The FIDA must step up efforts to address cases of witch persecution in the region because women and children are among those who are most affected by allegations of witchcraft. In December, a man murdered his uncle following after accusing him of witchcraft.

According to this report, the suspect, who is in police custody, killed the uncle after the child confessed that the uncle initiated him into the witchcraft world where he was asked to murder the father. Even in cases where men are affected, accusations involve, connect and negatively impact women and children either as accusers or as accused, or both. Witchcraft allegations endanger the lives of women and children and lead to situations where they suffer egregious violations with impunity. The AfAW will partner with the FIDA and other institutions in sensitizing the communities and providing additional support to alleged witches in the country.