The bad girls of Chiana 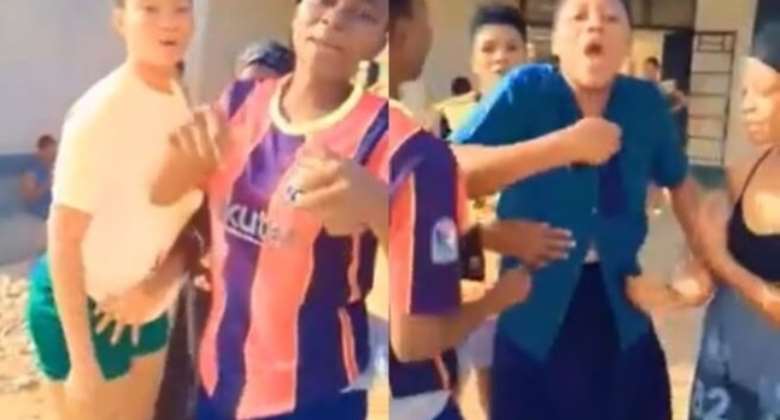 Chiana Senior High School recently shot to infamy following the despicable display of uncouthness by eight girls of that school.

Public discourse about the degenerating state of morality in our local communities, thanks to social media and foreign influence, was triggered by the sad and unacceptable occurrence.

A disciplinary action taken against the moral gaffe has been reversed by President Akufo-Addo who was the target of the inappropriate invectives anyway, the first of its kind in the country by teenaged girls against not only a societal elder but the President and father of the land.

If there is anything like a breakdown of child unacceptable upbringing, the case of the Chiana girls is classical evidence. It can only be imagined how the girls interact with their parents and even teachers at school. That mobile phones especially, the smart ones should not be allowed in senior high schools has been given a further boost.

While the President's gesture was expected, the subject should not be relegated to the backburner. Doing so would not prime us with the impetus to stop a future recurrence because there are many Chiana-rating girls in some schools.

The President, as a father of the nation, and knowing the repercussions of throwing the young girls in their current state of immoral depravity into the wild world, as victims of a truncated education, did what every good parent would do under the circumstances.

Child Rights International and others whose handling of the subject left much to be desired should have done more in terms of condemning the misconduct of the kids sufficiently and suggesting approaches to cleanse society of such non-Ghanaian values. The bellicose stance they put up after the punitive action was spelt out did not help matters but rather, created a false sense of triumph in the girls and others who did not see anything wrong with the poor conduct. Be it as it may, the kids have been pardoned. What next?

For those who subtly sought to introduce partisanship into this one too let them be wary about the fallouts from mischief. If we do not halt this moral decadence in our society, days would come when students start slapping their teachers and even parents at home if that has not commenced in different forms already.

Many questioned their body language when they knelt down to plead for clemency and showing same through social media video. The choreographed show appears not to have originated from remorseful bad girls. Oh yes. The pardon has been meted out anyway and they are free to continue to enjoy the free SHS but for which policy some of them, if not all, would not have reached this rung on the educational ladder.

With this baggage of moral infection, we think that the eight girls should be distributed among schools in the region and if possible de-boardinised.

Keeping them at the Chiana Senior High School would not serve the interest of other students in the school who stand the risk of being infected too.

A lesser punitive action in the form of the foregone is highly recommended.

India's sinking hill town, a casualty of the warming Himalay...
26 minutes ago