THIS IS THE TIME FOR GHANA TO SHINE - Dr. Kofi Amoah 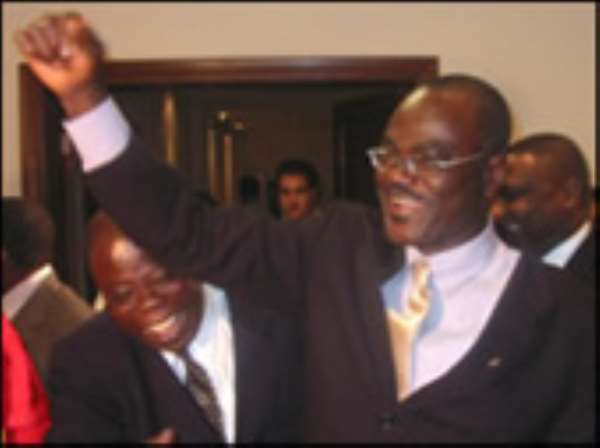 The Chairman of the Local Organising Committee for CAN 2008 has urged the country's private sector to take advantage of the numerous business opportunities on offer from Ghana's hosting of the African Cup of Nations Tournament.

Dr.Kofi Amoah told Metro Sports that following Ghana's bid success to host the tournament, it was in the expectation that the private sector would take full advantage of massive business potential that came with it.

President Kufuor, who was inaugurated CAN 2008 Business Club said: "It is not for nothing that bidding to stage international sporting events is now so competitive and attracts so much public notice.

The cream of Ghana's business gurus were present at the seat of government at the Castle for the Ghana 2008 African Cup of Nations Business Club launch.

Dr Amoah, in what has now become a characteristic passionate rallying call said CAN 2008 would be the best platform to unveil: "Our dynamic society and to showcase our business potential for investments."

There is no such thing as an elitist businesses only club,this is a tremendous opportunity for all Ghanaians to have a stake and a say in the business of the Nations Cup.

The Club aims at preparing and organizing the Ghanaian business community to properly tap into the tournament's economic opportunities.

It has set up a 25-member working group for the purpose. The Club has various categories of members and this is determined by the contribution paid.