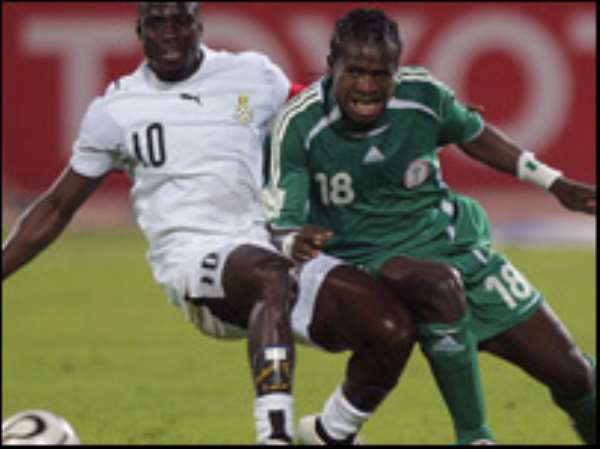 Nigeria will take on African arch-rivals Ghana in London in a friendly match planned for February 2007.

The Chairman of the Nigeria Football Association (NFA), Sani Lulu, has announced: "The Eagles will play a friendly against Ghana on February 7."

"The game will be part of the Nigeria's build-up to the Nations Cup qualifier against Uganda in March."

At the 2006 African Nations Cup in Egypt Nigeria's Super Eagles beat the Ghana Black Stars by a solitary goal.

A previous friendly involving the two teams was cancelled in August at the last minute after Nigeria coach Augustine Eguavoen said the timing was poor for his team.

A proposed friendly between Senegal and Nigeria in November was also cancelled due to complications over the signing of a contract between the two nation's FAs.

Lulu also disclosed that Togo and Morocco are interested in testing the might of the Super Eagles in friendly matches.

Nigeria lead Group 3 of the qualifying tournament for the 2008 Nations Cup to be staged in Ghana, with six points after two rounds of matches.

Uganda are two points adrift in a group that also includes Niger and Lesotho.