Accused and Abused for Witchcraft in Benue state 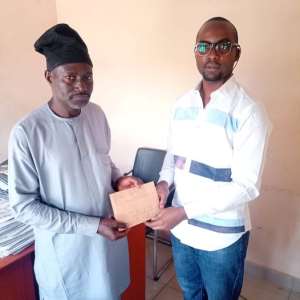 But the AfAW is working to change this situation. The AfAW is trying to break this wall of silence, a criminal silence that has been maintained over the years. The Advocacy for Alleged Witches exists to empower and enable victims and survivors of witch persecution to speak out and recount their experiences. A provision of an opportunity for the accused to tell their stories and recount their experiences in a friendly and supportive environment would hopefully have a cathartic and therapeutic effect. It would get them to heal and recover from the trauma. This was the case with Mr Dona who attended the event of the AfAW in Benue in December last year. Mr Dona listened to a radio program where the organizers invited victims and survivors of witch persecution to participate in its event.

At the AfAW event, Dona recounted how he was accused and attacked by the son. He stated that the son mismanaged his school fees and could not complete his university program. So he asked the son to go and work to get some money to complete his university education. The son relocated to the village to do some farm work and later got married. The wife gave birth on two occasions but the babies later died. There was no medical report from a hospital that showed the cause of death. No autopsy was carried out. The son accused Dona of being responsible for the death of the children. He alleged that Dona killed the children through witchcraft.

Dona’s son stopped communicating with him. While visiting the village in May 2022 to see his aging mother, Dona’s son confronted him. The son came towards him charging and threatening to hit and kill him with a stick, in revenge for the death of his children. Dona resisted the son. Other family members came out and subdued the son. But the son damaged the car; he smashed the windscreen and mirrors of Dona’s car. Dona was lucky; he was able to resist his accuser and attacker. Many accused people are not so fortunate. They are attacked and killed, or they incur some serious health damage. The accused are mobbed, lynched and murdered in cold blood. Many accused people do not survive to tell their stories or recount their experiences.

On January 11 2023, the Advocacy for Alleged Witches redeemed a pledge of 50 thousand naira made to Dona. People suspected or accused of witchcraft or harmful magic and medicine suffer physical attack and harm. But people seldom come to their rescue or assistance. Motivated by the Biblical verse that says “suffer not a witch to live, many people ignore, abandon and allow these innocent people, family and community members to die. Alleged witches are innocent and should not be attacked, killed or suffered in any way as widely believed and practiced in various places. Members of the public should resist all witch hunters and witch persecutors. As in the case of Dona, people should extend support, care and compassion to accused persons everywhere. They should overwhelm witchcraft accusation, witch persecution and witch hunting in the communities.