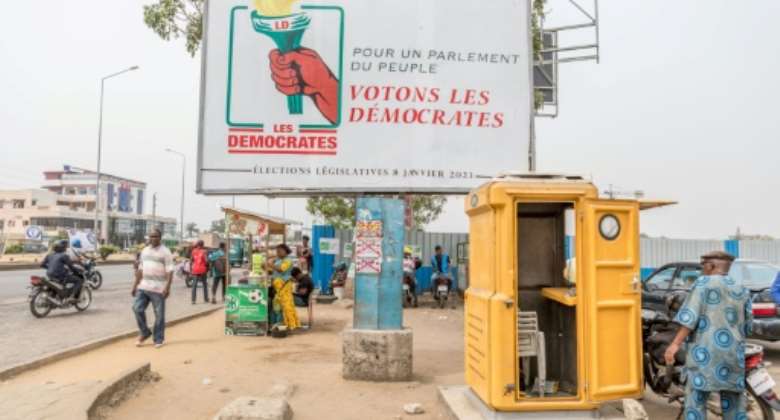 The Democrats, Benin's main opposition, picked up more than a quarter of the seats in the key election, according to preliminary results. By Yanick Folly (AFP/File)

Benin's opposition has returned to parliament after a four-year absence, winning 28 seats in elections to the 109-member assembly, according to preliminary results on Wednesday.

Final results are expected on Friday after a vote that went ahead peacefully and in line with the regulations, according to election observers.

Four years ago opposition parties were effectively barred from participating in a legislative ballot due to a tightening of election rules, resulting in a parliament dominated by Talon supporters.

Most of Talon's key opponents have also been jailed or forced into exile.

The 2019 vote was marred by deadly clashes in an opposition stronghold, historic low turnout and an internet blackout.

Talon, a cotton magnate first elected in 2016 and re-elected in 2021, has promoted political and economic development but critics say that has come at the cost of stifling Benin's once-vibrant multi-party democracy.