Adieu, The King Of Football 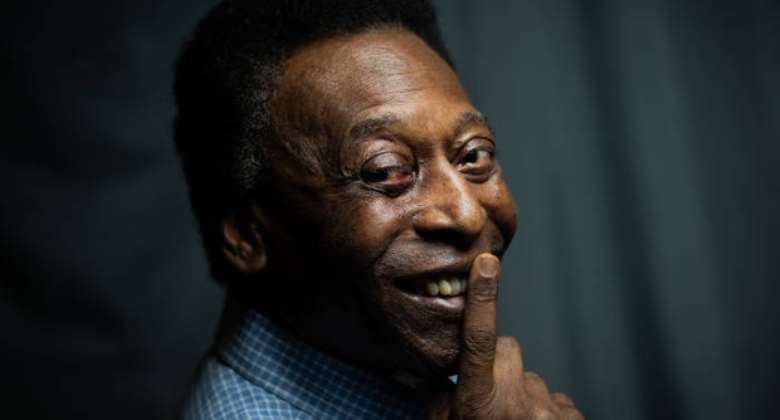 Now that Pele, the undisputed King of football, has been laid to rest, all the latter day pretenders can inherit his title “over his dead body” as predicted by football historians.

I resisted the temptation to write any tribute to this football colossus when top international sports writing gurus have told us all we need to know about this Brazilian sporting icon who made football beautiful just like Muhammad Ali made boxing the real art of self defence.

I was in secondary school Form three at Abusco in 1958 when I read about the exploits of Pele, the 17-year-old who brilliantly made his FIFA World Cup debut in Sweden. Then, in1962, I was incidentally a fresh trainee junior sportswriter at the Daily Graphic when Pele made his second stint at the World Cup in Chile I had the privilege of reading a lot about Brazilian football in general and the exploits of Pele in particular. I got to know those were the days every potential Brazilian footballer wanted to play like Pele. So much so that on the whole Brazil found it tough to produce good goalkeepers and defenders on the whole. I was so addicted to the famous international sports magazine 'Sports illustrated’ very interesting insightful stories about Brazilian football I became a fanatic of the “Samba Senors”.

I read that Pele was so dear to the country Brazil that when word got round some foreign agents were planning to take him to Europe, Parliament in a certificate of urgency ruled that Pele was not an exportable commodity. In simple language he was state property that could not be dispensed with, just like that.

In 1966 when he was so viciously brutalised out of the FIFA World Cup in England, he emotionally announced he won't play in any subsequent World Cup. This decision by Pele resulted in national mourning in Brazil. Having won two World Cups in 1958 and 1962, Brazil needed a third win in 1970 to win the Jules Rimet Cup for keeps.

It was this decision to return to the international stage that erupted such huge patronage of Pele’s tour of Africa with his famous team, Santos in 1969, only a year to the 1970 World Cup in Mexico.

I was among the privileged sports journalists that saw Pele in flesh at Accra Stadium in a special friendly match against Accra, Hearts of Oak on Feb 6 1969. I have had the bonus of covering the match for the Daily Graphic. It was a heavily packed stadium.

I recall reporting that Pele was not at his best because he obviously took the match as an exhibition show.

Part of my report said “not much was seen of the legendary Pele in the much heralded club international match between the fabulous Brazilian club Santos and Accra Hearts of Oak at Accra Stadium yesterday.

And when the shrill whistle of referee Major George Lamptey sounded, ending the game in a 2-2 draw fans began to ask themselves whether the match deserves the money spent on it, not to mention the fantastic gate fees charged.

To say Pele was a great player will be an underestimation. For the few moments that Pele struck, fans saw in him a demon of a player. His shooting and heading were a menace enough.

And on no occasion did he give a wrong pass. But the man of the match was left winger Edu whose superlative dribbling left the Hearts defence ragged.

On the whole it was a match between skill and determination. The visitors showed plenty of skill showing superiority in every move they made.

But Hearts compensated their lack of skill with hard unorthodox soccer always carrying the game to their opponents. They succeeded in taking the lead on two occasions and but for some one or two unfortunate decisions by the referee, Hearts would have, contrary to expectation, won the day”.

It was after this successful African tour by Pele and his Santos galaxy of stars that the King of football, at age 30, led Brazil to win the original Jules Rimet.

FIFA World Cup for the third time and for keeps.
Pele could have easily played in his fifth World Cup in Germany 1974 but refused for “political reasons”.

Incidentally, that was the period of the emergence of another football gem, Zico, racially dubbed “White Pele” but he never matched the status of the original Pele, full name Edson Arantes De Nascimento, described by one English sportswriter as arguably football’s first global personality.

He said Pele’s greatness can be measured by the simple fact that he could make football a spectacle of national grace and beauty when he misses as much as he scored.

An incomparable football icon, successive Stars like Maradona, Messi and Mbappe come a close second only.

The experts' verdict is Messi has the skills, Mbappe has the athleticism and skills, and Maradona had the strength, determination and skills. Pele had all these attributes combined in abundance.

Need I add more?
I don’t think so but just to ask the numerologists to explain to us mortals the interesting coincidence that Pele’s mother was 17 when she gave birth to Pele and Pele hit World spotlight at age 17.

Cheers everybody and keep loving sports
By Ken Bediako