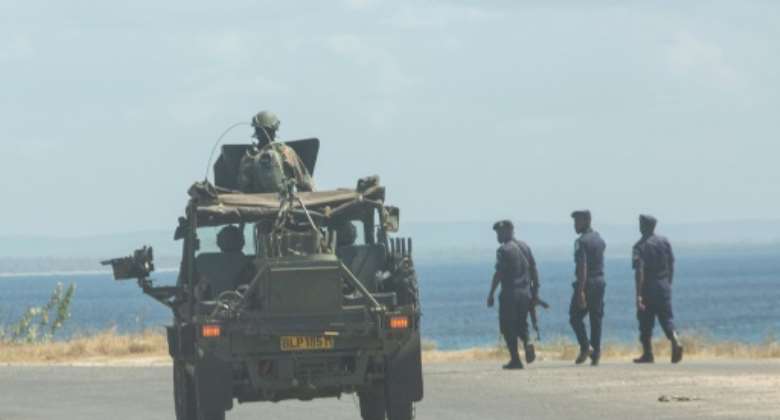 A regional force fighting jihadists in Mozambique has opened an investigation over a video purportedly showing some of its troops mistreating corpses, the South African military said on Tuesday.

The clip circulating on social media depicts some soldiers hurling a corpse over a pile of burning rubble, where at least another body is already strewn.

A soldier pours a liquid over the body as others, including one sporting a South African uniform, watch and film the scene on their mobile phones.

Details of the incident were not immediately clear. The South African National Defence Force (SANDF) said it was believed to have taken place in November in Mozambique.

South African troops were deployed in the country's restive north under the auspices of the SADC regional bloc in 2021 to shore up the Mozambican military in the fight against Islamist militants.

The SANDF issued a statement saying the SADC force commander had ordered an investigation into a "despicable act" that had entailed "throwing deceased bodies."

"The SANDF does not condone in anyway the acts committed in the video and those who are found guilty of such acts will be brought to book," it said.

South Africa's opposition Democratic Alliance (DA) party described the incident as an "embarrassment" for the country.

It called on the government to launch its own investigation to clarify among other things whether the bodies belonged to civilians or combatants.

"There are international standards and regulations for dealing with the bodies of the dead in a dignified and human way even in a conflict zone," shadow defence minister Kobus Marais said in a statement.

"What is shown on the video is unacceptable and must be rejected in the strongest possible way."

More than 4,500 people have been killed and almost a million have been forced to flee their homes since Islamic State-linked militants launched an insurgency in Mozambique's gas-rich Cabo Delgado province in 2017.

The government has regained control over much of the region since the deployment of thousands of troops from SADC countries and Rwanda.

But attacks and incursions from the jihadists continue.