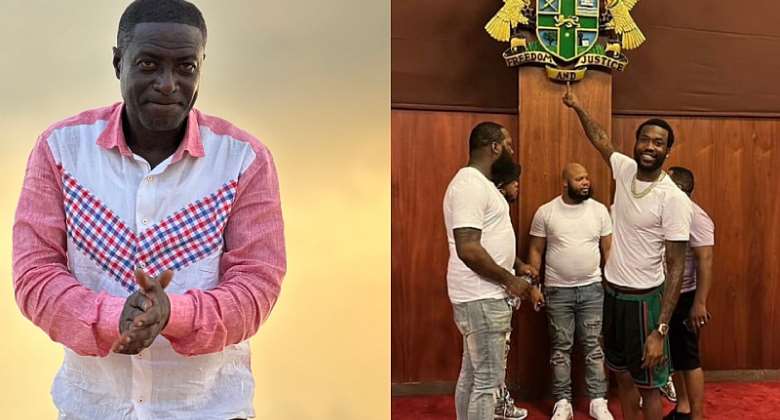 This came about when Ghanaians commenced a search for four fearless social commentators such as Jonnie Hughes, Captain Smart, Kevin Taylor, and Twene Jonas to delve deeper into the matter and uncover the details of the video shoot.

The Accra-based Onua TV and FM's Maakye morning show host took to Twitter and said, “Me? Captain Smart hmmm. Meek Mill or Meek Milk and Nana Addo please get ready wai. You guys will hear from me. Allah.”

This got some section of Ghanaians on social media lambasting President Akufo-Addo for reducing the security establishment so low for the American rapper, a chance no Ghanaian creative can ever get.

What seemed more annoying to the outraged citizens was the portion of the said video that was shared on social media, which captured the rapper and other colleagues having access to every corner of the Jubilee House including mounting the presidential podium.

‘Sidelined’ GIJ threatens to withdraw from UniMAC merger
13 minutes ago