C/R: Mother and son murdered by unknown assailants at Gomoa 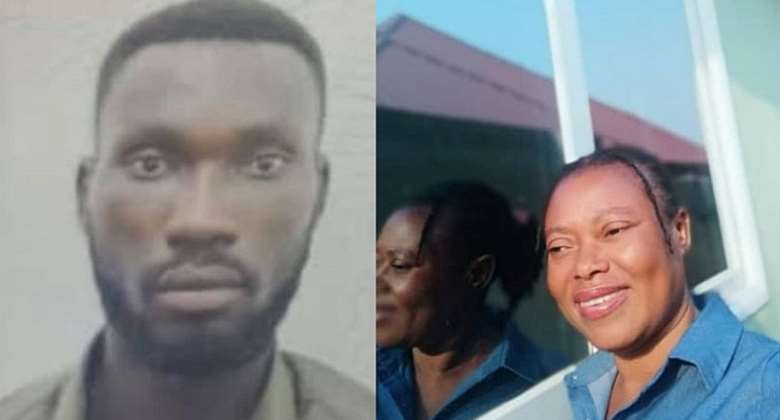 The Kasoa Millennium City Police has commenced investigations into the suspected murder of a mother and her son at Gomoa Nyame N’adom near Buduburam in the Central Region.

The mother, Josephine Sarpong is a known bar operator at Gomoa Nyame where she lived in a three-bedroom residence with her 28-year-old son, Alexander Ofori.

According to information gathered from Starr News, a stinking scent from the residence of the deceased attracted people to the house on Sunday, January 8.

After several knocks on the door with no response, a report was made to the Kasoa Millennium City Police.

Officers assigned to the case forcibly opened the locked door only to discover that Alexander Ofori, the son was lying dead in one of the rooms.

The mother who is said to be 46 years was also found in the bedroom in a pool of blood with cutlass wounds on parts of her body.

From observation, it was suspected that the half-naked woman was raped before she was killed.

Subsequently, the decomposing bodies were conveyed and deposited at the Police Hospital Morgue.

The police are investigating the matter to get the perpetrators of the crime arrested.