ECOWAS deploys 40 observers ahead of the Legislative Elections in Benin 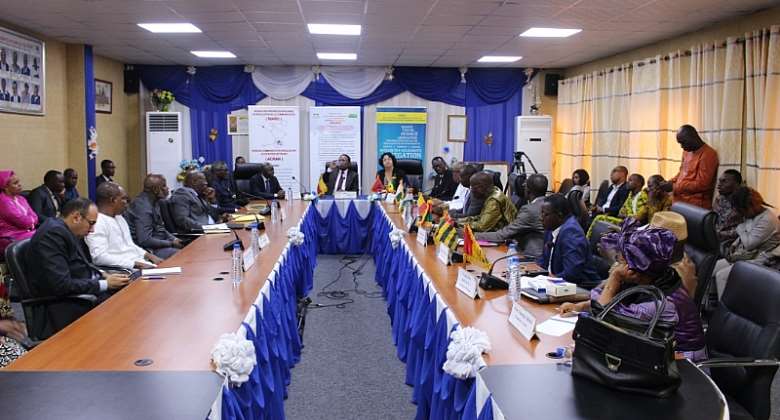 The Economic Community of West African States (ECOWAS) has deployed forty (40) observers ahead of the January 8, 2023, Legislative Elections in Benin.

The observers were deployed today, January 6, 2023, in Cotonou, Republic of Benin to the capitals of the twelve (12) Regions of the country.

At the pre-deployment briefing, Amb. Amadou Diongue, the Resident Representative of the President of the ECOWAS Commission to the Republic of Benin, during his opening remarks, highlighted that the ECOWAS electoral assistance to its Member States finds its justification in ECOWAS Supplementary Protocol on Democracy and Good Governance of 2001 and the commitment of the Authority of ECOWAS Heads of State and Government to the timely deployment of Pre-electoral and Observations Missions to Member States organising elections. Amb. Diongue assured the observers that ECOWAS takes their Mission seriously and wished them success as they depart to the field.

While thanking the Observers for their sacrifices to participate in the Mission, the Head of the ECOWAS Election Observation Mission to the Legislative Election in Benin, H.E. Raimundo Pereira, former President of the Republic of Guinea Bissau, emphasised that the presence of the observers is very significant to the electoral process. He added that their Mission in Benin is to ensure that this process is transparent, peaceful and inclusive.

In his pre-engagements consultations, President Pereira, Head of the ECOWAS Observation Mission, visited the Ministry of Interior and Security, the Constitutional Court, National Independent Electoral Commission (CENA), and the High Authority for Communication and Audiovisuals for consultations (HAAC) to assess the level of preparedness for the election.

The Head of Mission is supported by an ECOWAS technical Team led by Amb. Amadou Diongue the Resident Representative to Benin and the Director of Cabinet to the President of the ECOWAS Commission, Mr. Abdou Kolley.

ECOWAS has extended support to the democratic process in Benin and is committed to accompanying the government and the people of the Republic of Benin through the Legislative Elections.