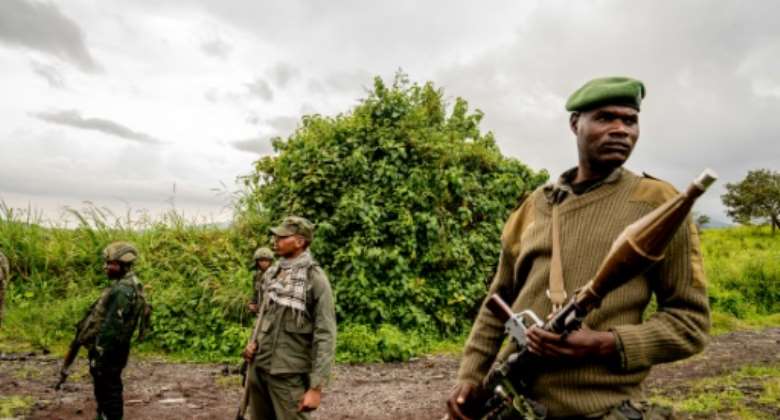 M23 rebels in eastern DR Congo this week promised to retreat from a strategic position even as they conquered territories elsewhere, throwing confusion over the future direction of a year-long conflict.

A Tutsi-led group, the M23 has conquered swaths of territory in North Kivu province in recent months and advanced towards its capital Goma.

It first leapt to prominence in 2012 when it captured Goma, a city of more than one million people, before being driven out and going to ground the following year.

But the M23 re-emerged in late 2021 after the rebels claimed the Democratic Republic of Congo had ignored a promise to integrate them into the army, and went on to win a string of victories over state forces.

Under heavy international pressure to cease fighting, the rebels on December 23 delivered the strategic town of Kibumba to a regional military force, calling the move a "goodwill gesture done in the name of peace".

On Wednesday, the M23 also pledged to hand over Rumangabo military base to the East African Community's military force -- which deployed late last year in a bid to restore stability in troubled eastern Congo.

Rumangabo, captured in November, is one of the major Congolese army bases in the region.

However, the reality of the M23's announced withdrawals on the ground is hazy.

In Kibumba, for example, locals say the rebels have retreated from the town centre but remain present in the surrounding area.

In its statement on Wednesday the M23 said it had withdrawn from Kibumba despite reports to the contrary, and promised to hand over Rumangabo on Thursday.

But the planned handover ceremony has not yet taken place.

It will likely occur on Friday, according to the EAC military force's spokesman, Kenyan Major Wanyoni Nyakundi.

After the M23 announced its withdrawal from Kibumba last month, the Congolese army slammed the move as a sham designed to distract from the group reinforcing its positions elsewhere.

Clashes between the M23, Congolese troops and rival militias have continued.

Fighting has been ongoing in the Bwiza region of North Kivu's Rutshuru territory since last week, for example.

A Tutsi-led group, the M23 has conquered swaths of territory in North Kivu province in recent months. By GLODY MURHABAZI (AFP)

"But they will not stay there for long, we will dislodge them," he told AFP.

"They are the ones attacking us," he said, adding that the M23 was retaliating to protect eastern Congo's Tutsi community.

Northeast of Goma, the M23 has also recently captured several villages as well as the town of Nyamilima -- near the Ugandan border.

In June last year, the rebels also captured the town of Bunagana on the Ugandan border, offering them control of a vital trade crossing.

The M23's resurgence has cratered relations between the DRC and its smaller central African neighbour Rwanda, which Kinshasa accuses of backing the rebels.

The United States, several European countries as well as United Nations experts agree that Rwanda is assisting the M23.

Kigali denies the charge, and accuses the Congolese government of colluding with the FDLR -- a descendant of Rwandan Hutu extremist groups that carried out the 1994 Tutsi genocide in Rwanda.