US offers reward for Shabaab militant over Kenya attack 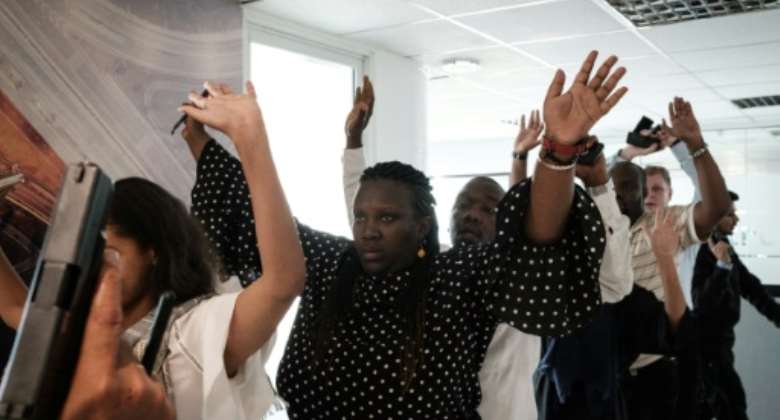 People are evacuated from a building in Nairobi in January 2019 after a bomb blast. By KABIR DHANJI (AFP/File)

The United States on Thursday offered a $10 million reward to find a leader of Somalia's Al-Shabaab militants over a 2020 attack on an air base in Kenya that killed three Americans.

The State Department said it would offer the reward for information leading to the arrest and conviction in any country of Maalim Ayman, leader of the Al-Shabaab unit Jaysh Ayman.

"Ayman was responsible for preparing the January 2020 attack," a State Department statement said.

Al-Shabaab, the Somali movement designated a terrorist group by Washington since 2008, claimed responsibility for the attack at the Manda Bay Airfield on Kenya's northern coast.

Authorities say the Jaysh Ayman unit carried out the pre-dawn raid, which killed two US military service members and a US defense contractor and destroyed several aircraft.

The United States has worked closely both with Kenya and the fragile government in Mogadishu to counter Al-Shabaab, which has lost ground inside Somalia in recent months under pressure from an African Union force and US air strikes.

A study last year by George Washington University's Program on Extremism said that Jaysh Ayman was formed by Al-Shabaab in an effort to penetrate into Kenya.

The unit, which has exercised growing autonomy, includes foreigners, dual nationals and Kenyans both of Somali and non-Somali descent, it said.

‘Sidelined’ GIJ threatens to withdraw from UniMAC merger
6 minutes ago