Let us accept to work together 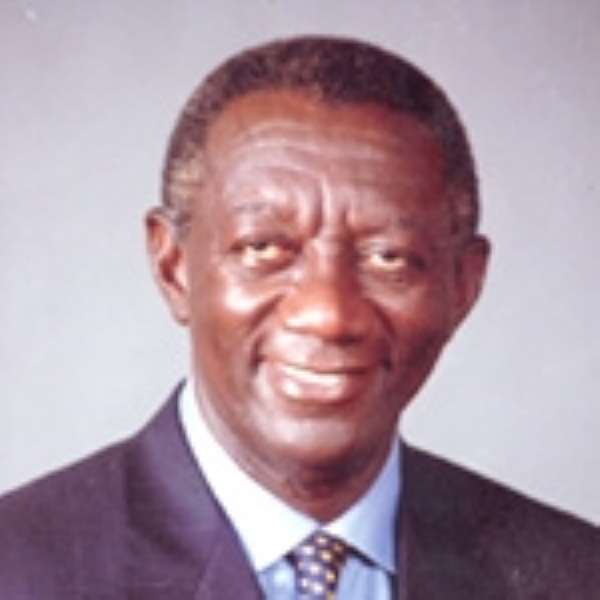 President John Agyekum Kufuor has exhorted politicians in Africa to accept to work together, irrespective of their political differences for the common good of their countries.

The beauty of democracy and multi-party politics, he said, was the understanding of all key actors to put the national interest first.

Politicians should therefore not draw out daggers and behave like they were sworn enemies.

President Kufuor gave the advice when the Speaker of the Malian National Assembly, Mr. Ibrahim Buobacar Keita, paid a courtesy call on him at the 'Hotel de L'Amite' in Bamako, on Wednesday.

He was in that country for a three-day official state visit to renew the historic bond of friendship that had existed between Ghana and Mali over the years.

Accompanying him, were Nana Addo Dankwah Akufo-Addo, the Foreign Minister, and some other senior Government officials.

President Kufuor said he was impressed by the observation that the Malian President, Mr Amadou Toumani Toure and the Speaker, despite their coming from different political parties were relating so well to each other.

Also at the hotel to pay courtesy calls on the President were delegations of the founding families of Bamako and religious leaders in the country.

Addressing the Ghanaian Community later, President Kufuor advised them to live within the laws of that country and to project a positive image of Ghana.

Additionally they should register with Ghana's Mission in Bamako so that in times of trouble they could be assisted.

It is estimated that there are over 5,000 Ghanaians living in this neighbouring Sahelien country.

President Kufuor used the forum to discourage those seeking to illegally use Mali as a transit to cross the sahara desert into Europe not to take the risk, telling them that, the "Sahara is no place to joke and that those who attempt to cross do so at their own peril."

He said, the world was now waking up to the reality of migration and in the light of this, his Government was working an arrangement with Italy and Spain by which, some of them could be admitted legally into those countries.

President Kufuor told them that, Ghana was making a lot of progress and that those who wanted to seek greener pastures elsewhere but could not find them should return home as "the country is green."

Responding to complaints by the Ghanaians of harassment at customs check points in Mali which, they claimed numbered about 40, Nana Akufo-Addo, promised to take that up at the ECOWAS level.

Under the sub-regional body's Protocol, no country should have more than four customs check points.