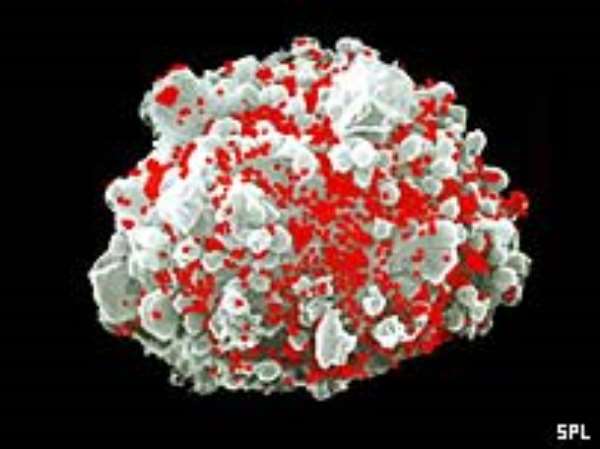 Circumcision can cut the rate of HIV infection in heterosexual men by 50%, results from two African trials show.
The findings are so striking, the US National Institutes of Health decided it would be unethical to continue and stopped the trials early.

Experts said it was a significant breakthrough but could not replace standard methods of preventing infection such as condoms.

The two trials of around 8,000 men took place in Uganda and Kenya were due to finish in July and September 2007 respectively.

But after an interim review of the data by the NIH Data and Safety Monitoring Board decided to halt the trials as it was unethical not to offer circumcision in the men who were acting as controls.

The trial in Kenya found a 53% reduction in new HIV infections in heterosexual men who were circumcised while the Ugandan study reported a drop of 48%.

Results last year from a study in 3,280 heterosexual men in South Africa, which was also stopped early, showed a 60% drop in the incidence of new infections in men who had been circumcised.

There are several reasons why circumcision may protect against HIV infection.

Specific cells in the foreskin may be potential targets for HIV infection and also the skin under the foreskin becomes less sensitive and is less likely to bleed reducing risk of infection following circumcision.

When Aids first began to emerge in Africa, researchers noted that men who were circumcised seemed to be less at risk of infection but it was unclear whether this was due to differences in sexual behaviour.

A further trial in Uganda to assess the risk of HIV transmission to female partners is due to report in 2008 but the effect among men who have sex with men has not yet been studied.

Dr Kevin De Cock, director of the HIV/Aids department of the World Health Organization told the BBC the results were a "significant scientific advance" but were not a magic bullet and would never replace existing prevention strategies.

"We will have to convene a meeting which we hope will happen quite soon to review the data in more detail and have discussions about the implications.

"This is an intervention that must be embedded with all the other interventions and precautions we have. Men must not consider themselves protected. It's a very important intervention to add to our prevention armamentarium."

Dr De Cock said that countries in Africa who wanted to use this approach would still have to decide what age groups to target and there would have to be training and hygienic practices in place.

"This is about as good epidemiological data as we can request. There will be many other research questions about implementation but this is very persuasive."

NIH director Dr Elias Zerhouni said: "Male circumcision performed safely in a medical environment complements other HIV prevention strategies and could lessen the burden of HIV/Aids, especially in countries in sub-Saharan Africa where, according to the 2006 estimates from UNAids, 2.8 million new infections occurred in a single year."

Dr Jeckoniah Ndinya-Achola, co-principal investigator at the University of Nairobi, Kenya said: "The Ministry of Health of the Kenyan government is already holding discussions about how this can be made available. It will need a certain amount of improvement to existing facilities."

But Tom Elkins, Senior Policy Officer at the National AIDS Trust warned: "There is a real danger in sending out a message that circumcision can protect against HIV. This is not the case and could lead to an increase in unprotected sex.

"There is still a long way to go in providing comprehensive prevention programmes in many countries, and resources should go into normalising the use of condoms, which are the most effective method currently available for preventing HIV."