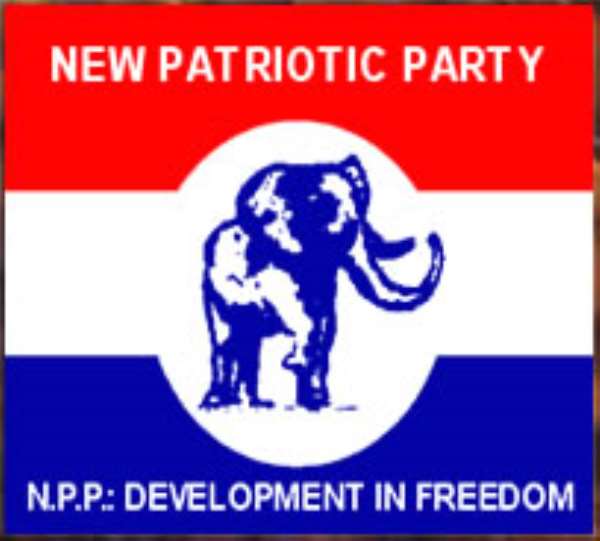 Who are actually the front-liners?
Pollster (Sir) Benjamin Ephson, who is also Editor of The Daily Dispatch seems to have dropped a cat into the political hen's coop with his latest figures regarding NPP presidential hopefuls.

Feathers are flying all over the place and the cackle of discontent – and approval too – are rising in crescendo. According to the editor (in a private chat with a source) he is now more or less regarded as an “enemy” by some NPP aspirants.

Mr. Ephson has a point because hardly had his polls hit the news media than another newspaper came out with its own “take” trying to make nonsense of his findings – calling them bogus.

The newspaper, Free Press, is yet to appear before the National Media Commission (NMC) for its infamous scurrilous article on an accident involving Ghana's Vice President.

A legitimate question can be posed: Was Mr. Ephson paid by an NPP aspirant to compile his polls to favour some while putting down others? The same question can be posed to The Free Press and indeed must be posed. This is an issue of such national importance that the National Media Commission and Ghana Journalists Association would have to investigate the methods of both the Ephson polls and Free Press counter polls to establish credibility benchmark before the Ghanaian public becomes inundated with polls that may lead to more confusion than enlightenment. But the question still remains: Are there any front-liners in the NPP presidential market place?

ADM called up an NPP presidential hopeful, Captain Nkrabea Effah-Dartey (Rtd) last Friday in an exclusive interview to find out his views on the polls and his own aspirations.

Not surprisingly, he has challenged the currency of the Ephson polls and said the contents of the survey are of no relevance and value now.

The Member of Parliament (MP) for Berekum told ADM that, looking at the current state of affairs in the party, the results look deceptive and must not be taken as a true reflection of what is prevailing on the ground at the moment.

“The survey was carried out in July this year and the result was published in December this year. A lot of issues have happened since five months ago. To that extent, I declare the research result as unrealistic and unreliable,” Capt. Effah-Dartey asserted.

He said for any result to be factual and reliable, it must be as current as possible. He however noted that the research could be positive as at the time it was conducted, but maintained that “a lot of water has gone under the bridge”. At that time, he argued, he and other presidential aspirants had not yet declared their intentions to run for president.

The survey conducted among NPP supporters showed Alan Kyerematen, Minister of Trade & Industry, as the leading candidate with 21.2 percent of the vote, He got 37 out of the just bovver 100 people polled. He was followed by the current Vice President, Alhaji Aliu Mahama with 35, then Foreign Minister Nana Addo Dankwa Akufo-Addo with 34 Hackman Owusu-Agyemang had 23 with others trailing behind. But on the more crucial poll of national preference, the poll put the Vice President in the lead.

Ever since the MP for Berekum made his intention to run for president known earlier this year, he has remained quiet and justified this stance by saying that he has been working very hard and addressing regional caucuses of NPP chairmen.

He said, “At the moment it is not a mass appeal campaign, but voter specific. It is a waste of time addressing rallies now, what you need are the delegates who would be voting at the congress. They are the ones I am meeting”.

To show how determined he is for the bid, the MP said he is gradually severing the ties between him and his constituents, to afford him the opportunity to engage in the “national assignment.”

He said: “I have been to Berekum, my constituency. I have formally said goodbye to my constituency, traditional rulers and the entire citizenry. I have told them I am now on a national campaign tour, so they should not expect me to be coming there every two weeks as I used to do.”

Capt. Effah-Dartey has taken his campaign to the Central Region, where he spent four days. At the time of going to press, he was preparing to embark on a three-day tour to the Volta Region, from where he would proceed to the Northern regions.

He said the meeting with constituency chairmen in the Central Region is a positive sign, and he is very confident of his ability to pull a surprise at the NPP congress slated for next year. He described the tour as “impressive”.

Asked to rate his chances of emerging the winner to lead the party and maintain power after the 2008 Elections, he said: “The race is a marathon, anything can happen tomorrow. Confidently for now, I rate myself as going to win. I will cause surprises at the congress”.

On the number of contenders, and possibly, who he regards as his closest competitor, he said he is not concerned about the number. “No matter the number, I am looking at my potentials, my capabilities, my capacity and chances. Each of us has his strong and weak points. I am not scared of any of them”.

The former army captain entreated “readers of the Accra Daily Mail to pray for me because it is God who make the kings”.

Though it is “God who makes kings”, the line-up of the NPP hopefuls gives the impression of disorganization and disorientation, which in the end may rather bring the wrath of God onto those who have put pride before the power of God.