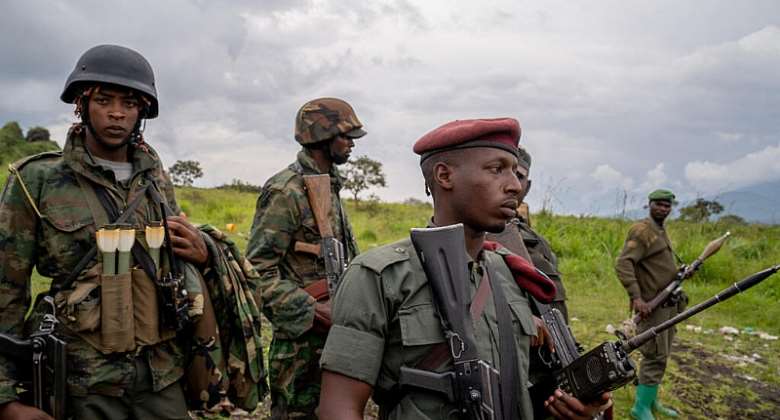 Three prominent Congolese figures, including Nobel winner Denis Mukwege accused President Felix Tshisekedi of pushing the Democratic Republic of Congo towards breakup by bringing in outside nations to tackle its security crisis.

This is "the result of a blatant lack of leadership and governance by an irresponsible and repressive regime," they said in a communique.

In addition to Mukwege, a gynaecologist who co-won the 2018 Nobel Peace Prize for his work in helping women victims of sexual violence, the statement was signed by politician Martin Fayulu, whom Tshisekedi defeated in controversial elections in 2018, and former prime minister Augustin Matata Ponyo.

Scores of armed groups roam eastern Democratic Republic of Congo (DRC), many of them a legacy of two regional wars that raged at the end of the last century.

The latest emergency is over a resurgent armed group called the M23, which has seized swathes of territory in North Kivu province since emerging from dormancy last year.

With the DRC's armed forces floundering, Tshisekedi has called in a seven-nation body, the East African Community (EAC), to deploy troops.

The EAC's members include Rwanda and Uganda, which critics have long accused of stirring up friction in the east.

The DRC in particular accuses Rwanda of abetting the rebels - a claim Rwanda denies, although the assertion is supported in a new report by independent United Nations experts.

'Destabilisation of the country'

"Instead of providing the country with an effective army, the government has prioritised externalising national security, (placed in the hands of) foreign forces and, even worse, of countries which are behind the destabilisation of this country," the three said in their statement.

The EAC force is under Kenyan command and Kenyan troops have already been deployed. But key details about its planned size, scope and composition remain unclear.

The M23, under pressure from the international community, took part in ceremonies last Friday to hand the strategic town of Kibumba over to the EAC force.

But the following day, the DRC army said the rebels' purported withdrawal was a "sham" and accused the group of reinforcing its positions elsewhere.

Tshisekedi, a veteran opposition figure, was elected president in December 2018.

He succeeded Joseph Kabila, who had ruled with an iron fist since 2001, and whose decision to step down marked the country's first-ever peaceful handover of power.

However, the vote was marked by allegations of rigging, and Fayulu insists he is the legitimate president, claiming more than 60 percent of the ballot.

Tshisekedi, Fayulu and Matata have already declared their intention to contest the next presidential elections, due on 20 December, 2023.

‘Sidelined’ GIJ threatens to withdraw from UniMAC merger
23 minutes ago