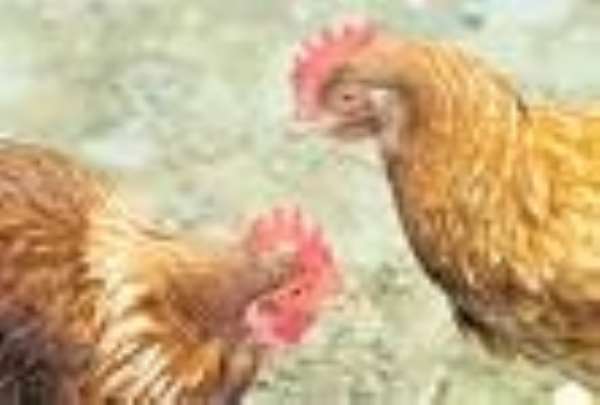 The bird flu virus, with its possible mutation into a deadly human pandemic, remains a potent threat around the world making greater transparency and sharing of information critical to meet the challenge, with Africa emerging as a top priority for resources and technical aid, according to the UN Food and Agriculture Organisation (FAO).

“Failure by any one country to contain the disease could lead to rapid re-infection in many more countries,” the FAO Assistant Director-General Alexander Müller warned in a statement ahead of a major donor conference taking place in Bamako, Mali.

“One weak link can lead to a domino effect, undoing all the good that we have achieved so far. Now is no time for complacency,” it said in a press release issued by the UN Information Centre in Accra.

FAO said several parts of the world remained particularly vulnerable because of a shortfall in donor funding, including Africa, Eastern Europe and the Caucasus and Indonesia where just this year there had been 55 human cases, 45 of them fatal.

“Although well over 200 million birds have died worldwide from either the H5N1 flu virus or preventive culling, there have so far been only 258 human cases; 154 of them fatal, since the current outbreak started in South East Asia in December 2003, and these have been ascribed to contact with infected birds.

“But experts fear the virus could mutate, gaining the ability to pass from person to person and, in a worst case scenario, unleash a deadly human pandemic. The so-called Spanish flu pandemic that broke out in 1918 is estimated to have killed from 20 million to 40 million people worldwide by the time it had run its course two years later,” FAO said.

“The possibility of a human pandemic hangs over us ”, FAO warned, adding that H5N1 remained a “potent threat around the world, both to animals and humans” noting that with the arrival of the virus this year in Africa there was much cause for concern.

“Africa must now be a top priority for resources and technical assistance in the battle against avian influenza.”

It called for continued commitment to unaffected parts of the world like Latin America and the Caribbean, “where FAO's investment in national and regional preparedness planning is paying off”.

It said winning the battle against the virus demanded a long-term vision, with more surveillance, rapid response to outbreaks and greater transparency and sharing of essential information.

“Scientific breakthroughs on improved diagnostics; vaccines and treatments can only emerge if virus information is shared widely and willingly, for the greater good”, FAO said.

It called on countries to place stronger emphasis on hygiene and movement control throughout the animal production and marketing chain to produce positive results.

PPP back calls for independent probe into Caleb Kudah allege...
7 minutes ago