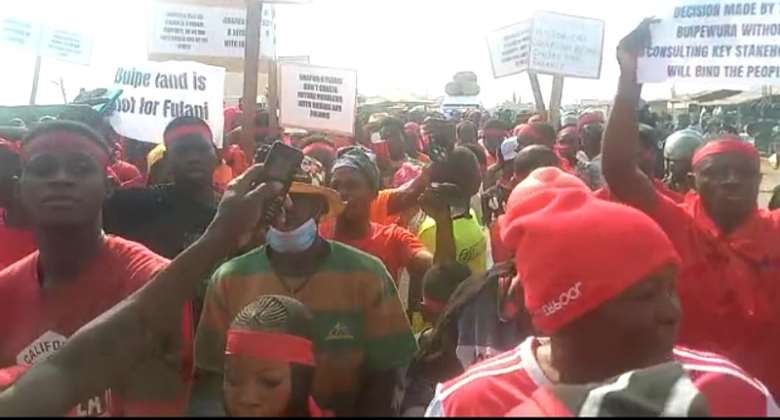 Our attention has been drawn to a protest by sections of the youth in the Buipe traditional area of the Savannah Region. On one hand, we have watched video footages of the events that culminated in the unrest among sections of the youth. In that video, the Public Relations Officer of the Gonjaland Youth Association is seen calling on the youth of Gonjaland to, among other things, reject the installation of a Fulani as a chief in the Buipe area with rights to parcels of land.

While we appreciate the arguments posited by both sides, there are a number of issues we want to drum home as a group:

We use this opportunity to call on all chiefs of our land to be mindful of the fact that our land and its customs predate them. They are only playing a fiduciary role and must, in all their dealings be cognisant of the fact that they have a responsibility towards the current and future generations. Any decisions they make today have far reaching implications for generations unborn and posterity will judge them unkindly if they make the wrong decisions today.