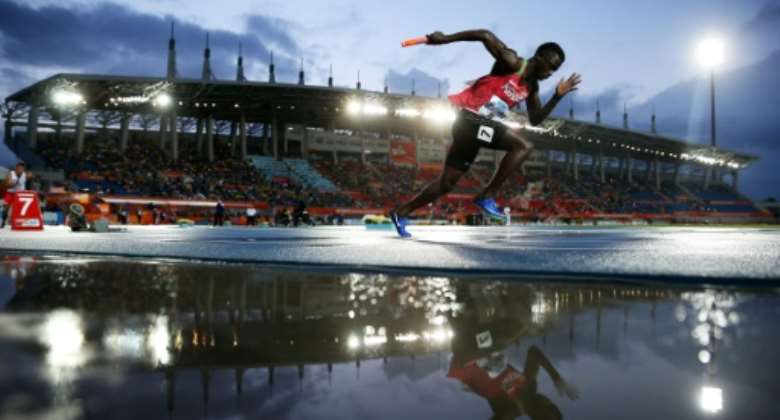 Sprinter Mark Otieno and two marathoners were on Monday banned from competing for up to three years, the Athletics Integrity Unit (AIU) said, adding to the long list of Kenyans sanctioned for breaching anti-doping rules.

Otieno tested positive for the banned anabolic steroid methasterone and was suspended from the Tokyo Olympics in 2021 moments before he was due to compete in the 100m heats.

Kimutai, who won the Porto marathon last month, tested positive for the male hormone testosterone, while Maiyo was positive for erythropoietin (EPO).

Three-time national 100m champion Otieno blamed a contaminated nutritional supplement for his positive test, promising to "return in 2023 to do what I do best".

Kenya vowed early this month to clean up its act after escaping a World Athletics ban for doping that threatened to make the east African track and field powerhouse a sporting pariah.

The athletics giant has been in the top category on the World-Anti Doping Agency watch list since February 2016, alongside only Bahrain, Belarus, Ethiopia, Morocco, Nigeria and Ukraine.

There are currently 55 Kenyans listed on the AIU's global list of ineligible athletes, last updated on November 21.

‘Sidelined’ GIJ threatens to withdraw from UniMAC merger
16 minutes ago