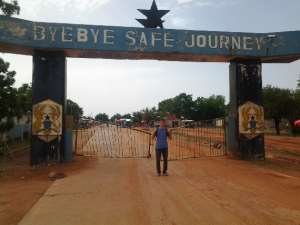 We cannot afford to have Russian Wagner mercenaries next-door and not talk about it. The brutal Russian mercenaries, experienced killers, are active in Burkina Faso for which reason President Akufo-Addo has requested the assistance of the US to manage. And why not?

When the national security of a country is threatened, diplomacy is not an option. A President, when faced with the reality of a mercenary group with palpable links to the Kremlin, although Russian officialdom will always deny this, must look for assistance from any willing source.

Following this request by President Akufo-Addo and which is informed by the presence of the mercenaries in both Burkina Faso and Mali, we have learnt about the authorities in our northern neighbouring country summoning our envoy in Ouagadougou to protest the reference.

Summoning an envoy is a natural thing to do when a revelation, such as our President did about an unsavoury situation, is made. It is a summons which is not about our President saying something which is not the truth, but one which is not keeping a reality under the carpet. Keeping such a reality concealed and not making it known would not inure to our national security and our President could not have done otherwise under the circumstances.

Ouagadougou should not expect us to fold our arms when the coup leaders find in the Wagner Group of mercenaries an antidote to their insecurity challenges.

It is on record that junta leader Ibrahim Traore once pointed out that the junta was ready to work with the Wagner mercenaries. Indeed, in the aftermath of the latest coup in that country and the attack on the French mission, nationals were seen brandishing Russian flags.

For those who do not know, the Russian mercenaries saw action in Libya, Central African Republic and are now present next-door to our beloved country at a time when our territorial integrity has never been so threatened.

Being a shadowy Russian group of killers, they were set up by a Russian General who operated during the Chechnyaen war and thought to be funded by the Russian Intelligence the GRU.

We expect government to appreciate even more, the roles of the military and the Ghana Immigration Service (GIS) in the security of our borders.

In respect of the latter, the GIS, whose primary role of protecting our territorial integrity, their joint operation with the Ghana Armed Forces cannot be overemphasised.

While we can point at sufficient equipping of the military, the same cannot be said about the GIS, who until the present government armed them, they previously operated armless. Vulnerable as they were at the time they risked their lives patrolling our long porous borders.

In the face of imminent threats to our territorial integrity, we demand that the equipping of personnel of the GIS and even augmenting their numbers should be put on the front burner.

Insurgents will continue to be active in the West African sub-region for a long time to come and so government should scale up its border protection protocol.

We must also have Ghanaians understand the implication of the security situation in the sub-region vis-a-vis the presence of the Wagner Group of mercenaries in our neighbouring countries.

India's sinking hill town, a casualty of the warming Himalay...
50 minutes ago