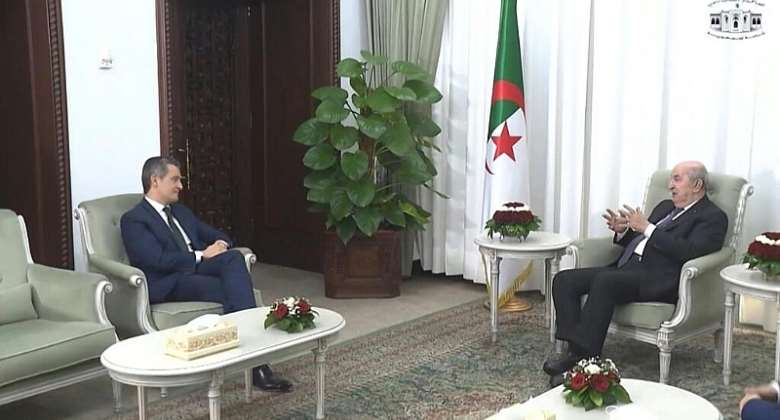 France has ended months of tensions with Algeria over a visa dispute, just days after the normalisation of relations with Morocco following a similar spat.

On a visit to the Algerian capital Algiers on Sunday, French Interior Minister Gerald Darmanin announced a return "to a normal consular relationship" with Algeria, according to a statement posted on Twitter.

He also praised the "extremely strong relationship" between Paris and Algiers.

In September of last year, Paris reduced visa quotas to its former colonies of Algeria, Morocco and Tunisia, in a bid to encourage the countries to cooperate against irregular migration.

Paris slashed rates by 30 percent for Tunisia, and 50 percent for Algeria and Morocco, in the hopes the countries would repatriate their citizens living in France as irregular migrants.

It was also mooted that President Emmanuel Macron would visit the North African kingdom in early 2023.

Consular ties with both Algeria and Morocco have reportedly been effective since 12 December.