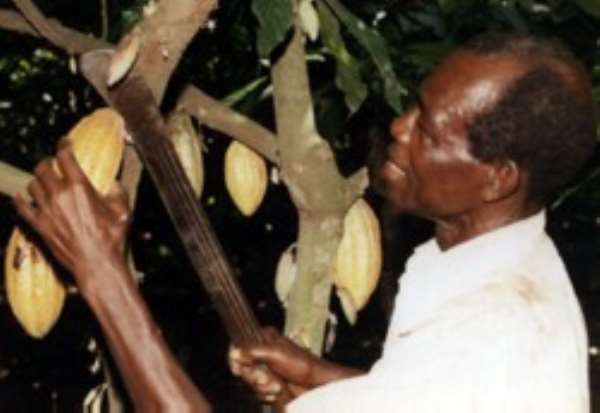 Mr. John Kwesi Agyabeng, the Member of Parliament for Agona East who said this at the District Farmers' Award ceremony, said the increase came as a result of the mass spraying exercise and supplying of fertilizers to the farmers on credit.

He advised the farmers to allow their aged cocoa trees to be cut down and planted with the new hi-bred cocoa seedlings and to apply modern methods to increase production.

Mr. Agyabeng said the government has put in place measures to assist farmers in the country to produce more food.

Twenty other farmers won awards and were presented with items including cutlasses, spraying machine bar of key soap and certificates Nana Kojo Amoakwa V, Chief of Agona Duakwa who chaired the function, called on the government to review some policies that had affected the lives of farmers and fishermen in the country.

He appealed to the government to adopt strategies to tackle the youth employment programme to encourage school leavers to enter into agriculture.