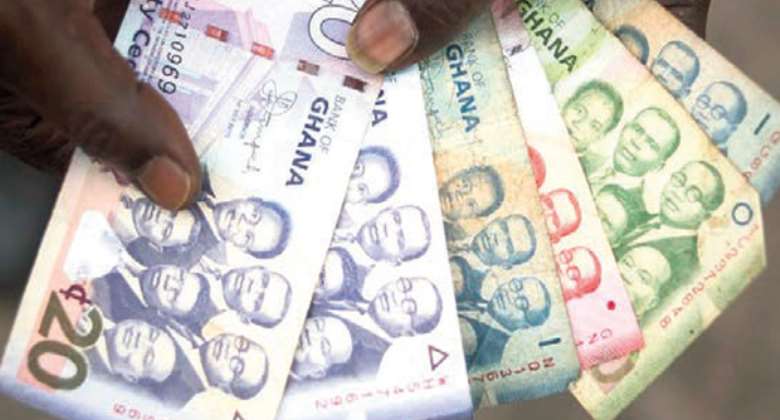 It is relieving to see the previously ailing national currency gaining strength against especially, the dollar, by the day. So relieving is the development that on some whatsap chat groups, there are predictions of the exchange rate dropping to a single digit by excited lovers of the motherland.

For those who do not wish this country well, because they are not at the throttles of governance, the previous status quo should have continued.

When President Akufo-Addo and Vice President Mahamudu Bawumia said at different forums that we shall, as a people, get over the challenges, this was what they meant.

Clearly, there are a lot up the sleeves of government which can turn things around as we are beginning to see.

Some have wondered why in the face of abundant remedies, our economic managers had to tarry for so long. The bottom-line of an appreciating currency is the strengthening of the purchasing power of the citizens.

Fuel prices are responding favourably to the developments, not so yet for fares anyway.

We are saddled with a bunch of greedy traders and transport owners who would rather they are allowed to do as they please regarding prices and fares.

The most critical feat is the government's intervention which has brought relief to the Cedi. The next assignment is to ensure that prices are brought down appreciably.

The argument some transport owners are advancing is as unconvincing as it is illogical. They claim that spare parts are still expensive making it sound as though such inputs are purchased frequently as fuel is.

We have learnt reliably about how black market foreign exchange operators majority of them foreigners, are saddened by the appreciating Cedi, a relief which has compromised their profit margins. What nonsense! Must they be allowed to operate freely as they are doing by the side of our streets in especially, the Central Business District's segment of Tudu and others?

Their operations were part of the factors which accounted for the scary fall of the Cedi. The Governor of the Bank of Ghana pointed at this fact yet they are back on the streets after an earlier swoop by security agents.

We demand that government engages with the leadership of GUTA about the need to reduce prices in response to the appreciating Cedi. We have taken notice of the association's recent press release lauding government for the measures to shore up the Cedi, and their call for traders to reduce prices accordingly.

We want to see more action in this regard, indeed beyond a press release.

We expect the leadership of the Ghana Private Roads Transport Union to also, as a mark of patriotism, reduce fares. This way, they can shed the label of 'wickedness' they are currently carrying.