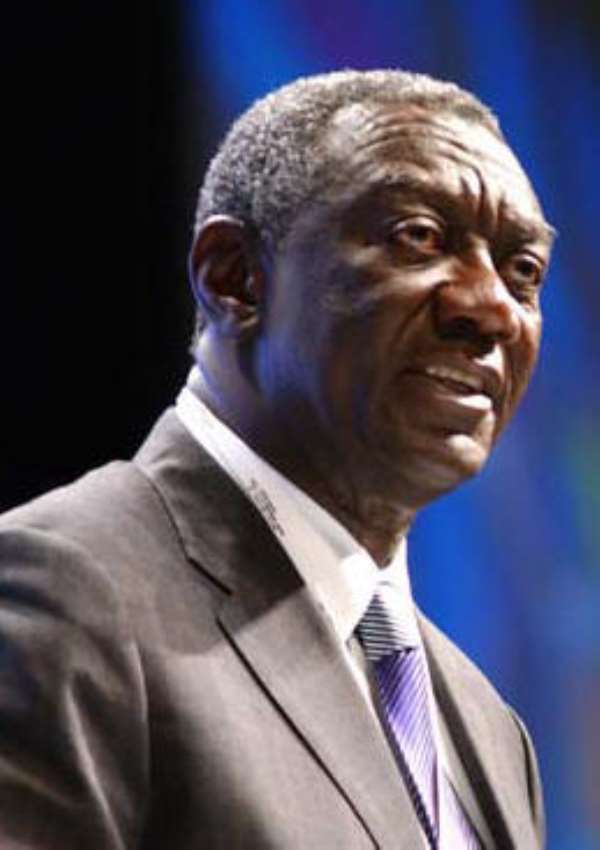 President John Agyekum Kufuor has announced that the government was reviewing the National Shelter Policy as part of its drive to secure the needed partnerships and resources for the supply of more affordable housing.

This is to ensure that long-term mortgages for commercial estate development became the main mechanism to deliver affordable housing for the lower income groups in the society.

President Kufuor, who was addressing the opening of the "West Africa High Level Peer Exchange on Investments on Affordable Housing" at the La Palm Royal Beach Hotel in Accra on Tuesday, said the problem with acquisition and registration of land title was also being addressed through a radical policy reform to assure investors of security of their investments.

As a first measure, the government was putting together a land bank, which already covered an area totalling 20,250 hectares (50,000 acres) to support commercial estate developers.

There are also representatives from the United States Department of Housing and Urban Development, the United Nations (UN) Habitat, the World Bank, International Finance Corporation and other international agencies.

Organised jointly by the Government of Ghana, the UN Habitat and the US Department of Housing and Urban Development, it would find new ways of helping the 72 per cent urban poor in Africa, who lived in slums and informal settlements to get decent dwelling places.

President Kufuor said urban slum upgrading has been identified as a priority intervention area to improve the lives of the urban poor in line with the Millennium Development Goals.

Together with Indonesia, Sri Lanka and Tanzania, the country has been selected by the UN-Habitat to implement the Slum Upgrading Facility on pilot basis.

He said the main objective was to mobilize domestic capital for slum improvement projects and activities, by packaging the financial, technical and political elements in a way that would attract commercial finance.

Ashaiman, near Tema, Kumasi and Takoradi,were the three areas where the SUF was being piloted.

Mr Alphonso Jackson, US Secretary for Housing and Urban Development, said President Kufuor had brought honesty and reform to Ghana and that, the US was determined to support the country to succeed.

"You have a friend in the United States of America and that we are going to work with you."

He noted that housing formed a major portion of the Gross National Product and called on the government to work in partnership with the private sector in that area.

Mr Jackson said to make this happen the laws guiding financial transactions must be dependable and transparent.

Mrs Anna Kajumulo Tibaijuka, Under Secretary-General of the UN and Executive Director of UN-Habitat, said urbanisation was irreversible in democracies and that it would be futile for anyone to think that people would remain and passionately reside in the countryside.

She said new approaches were therefore necessary to finance housing and basic services in the cities.